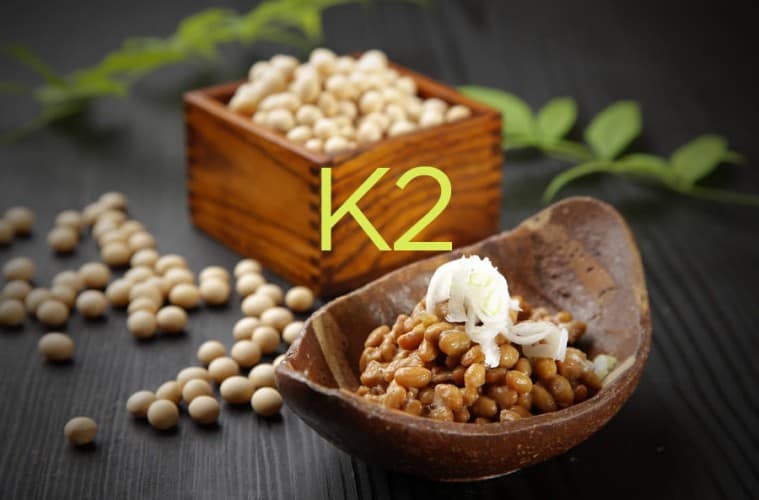 Vitamin K2: You May Not be Getting Enough From Your Diet

Widely known for its role in blood clotting, vitamin K, originally discovered in 1929, has since been found to exist as two structurally similar compounds: vitamin K1 and vitamin K2. These two compounds were formerly believed to have similar effects in the body; however, more recent evidence has shown that K1 and K2 have quite distinct, though complimentary functions.

Difference between K1 vs. K2

Vitamin K1, also known as phylloquinone, promotes clotting by activating proteins in the liver that bring fibrin, calcium and other components together to initiate the clotting process. K1 is found in many plants, notably green vegetables.

Conversely, K2 prevents depletion of calcium from the bones, which can lead to osteoporosis. New understanding of this role helps to explain why atherosclerosis (hardening of arteries) and osteoporosis share similar risk factors, including advancing age, diabetes, elevated cholesterol, smoking and sedentary lifestyle, and are often found concurrently in many patients.

K2 also exhibits important functions unrelated to clotting or calcium flow in the body. Specifically, K2 has been shown to activate proteins that control cell growth and reproduction, giving it a potential role in preventing cancer. Preliminary evidence indicates that vitamin K2 might protect against bone, blood and prostate cancers.

High-dose vitamin K2 supplements has also been shown to prevent recurrence of liver cancer following surgery. Additionally, it contributes to the production of energy within cells and may have a place in the treatment of diseases that involve faulty energy production, such as Parkinson’s disease.

Soaring rates of heart disease, osteoporosis and cancer make this a nutrient of great interest among researchers, health professionals, and the health-conscious public seeking ways to cure and prevent these common and potentially deadly conditions. Though to be clear, this is currently only sold as a dietary supplement. 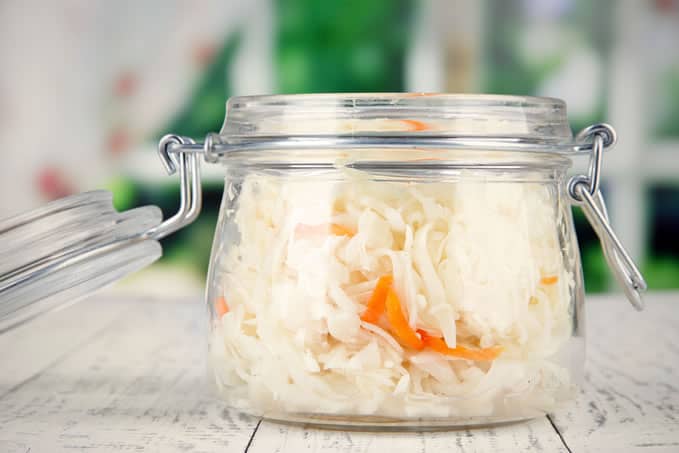 K2 is abundant in fermented plant foods such as sauerkraut.

Bacteria in your intestinal tract produce small amounts of vitamin K2 from vitamin K1. Impaired absorption and prolonged use of antibiotics, which destroys healthy K-producing bacteria, can contribute to vitamin K2 deficiency. Vitamin K2 is also found in some foods.

Additionally, a synthetic form of it has been manufactured. This form, known as K3 or menadione, has a high potential for toxicity. In the last decade, because of recent discoveries about K2’s distinct functions apart from blood clotting, vitamin K2 levels in various foods have been measured. To date, foods that have been found to contain high levels include fermented cheeses, egg yolk, and organ meats.

Coincidentally, many foods high in calcium, such as dairy foods and green vegetables, are also high in vitamin K2. It is also abundant in fermented plant foods such as sauerkraut and the highest recorded levels have been found in a Japanese fermented soy product widely consumed in that country but relatively obscure in the U.S., called natto.

Residents of parts of Japan where natto is eaten regularly have been found to have significantly higher levels of vitamin K2 and notably less osteoporosis. It’s also worth noting this food is one of the highest sources of PQQ. 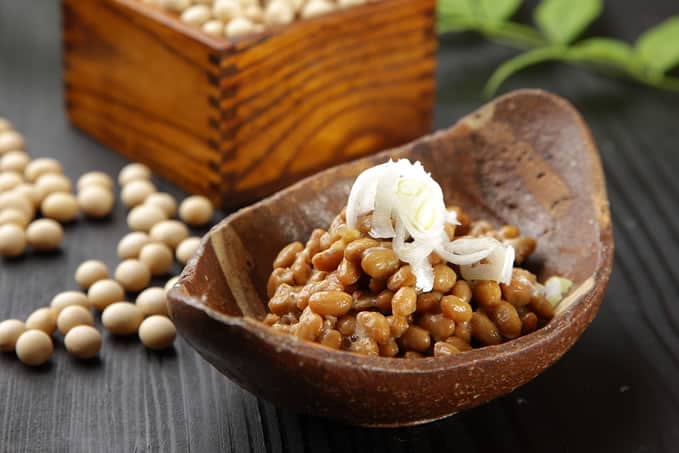 Fermented soy beans, or natto, which many find to be an acquired taste.

In supplements, the MK-7 molecule is naturally-derived, while the MK-4 molecule is synthetic. It’s not the same MK-4 you will naturally find in grass fed butter and other animal-derived food sources.

Regardless of whether it’s the 4 or 7, only a small percentage of K in the average diet is found in the form of K2. New insights into the role of K2 in health have led some scientists to conclude that higher levels of this nutrient may be needed for optimal health than previously thought. And, while it has been accepted that healthy bacteria in the intestinal tract produce significant amounts of K, including K2, much of it remains within the bacteria and is not available for your body to absorb.

If you are currently supplementing with vitamin D, as many people are these days, you may want to consider adding some K2 as well. Because of its role in maintaining healthy calcium levels, it has an important relationship to vitamin D.

As people increasingly supplement with vitamin D, which promotes absorption of calcium, an increased need is created to help direct the movement of calcium to where it is needed and keep it from accumulating in places in the body where it can do harm. And, similar to the high rates of vitamin D deficiency, low vitamin K2 levels are estimated to affect the majority of the population.

The current recommended daily intake of vitamin K is a dosage of 90 mcg for women and 120 mcg for men. While the recommended allowance reflects the amounts of K1 required for healthy blood clotting, much higher levels of vitamin K2 are needed for maintaining calcium levels in bones, arteries and other parts of the body.

For the average healthy person with normal vitamin D levels or who is supplementing moderately with vitamin D, 150-200 mcg of Vitamin K2 is considered adequate. However, if you are taking high doses of vitamin D you will need more vitamin K2 – between 200 and 280 mcg per day – to account for the higher rate of calcium absorption.

High therapeutic dose levels have been shown to be as effective as certain prescription drugs for preventing bone fractures and, in some cases producing a synergistic effect when taken alongside a prescription drug, whereby the effect of both the drug and the vitamin K2 supplement are enhanced. However, even lower supplemental doses might offer protection from heart disease and osteoporosis, particularly when started at a younger age. Consult your doctor.

Finally, this vitamin has a high safety profile in healthy individuals with no known toxicity, largely due to the fact that it only activates proteins that transport calcium. As a result, when all those proteins are busy, any extra vitamin K2 has no job to do and therefore, no effect on the body.