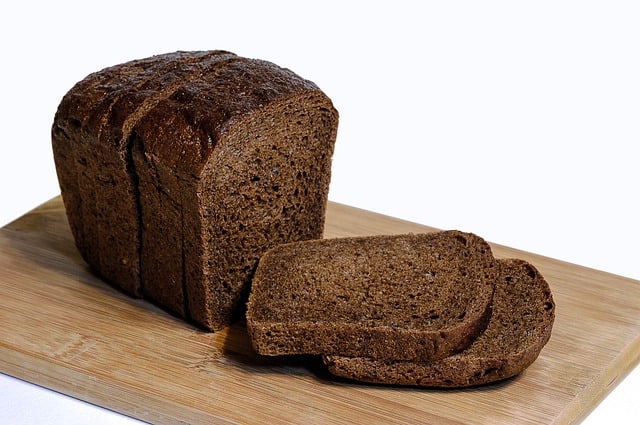 Can you imagine a world without bread? Fresh, crusty bread is not only a great breakfast but also an important source of fiber. Therefore, even if you have promised yourself that you will get rid of the tires around your belly by the upcoming summer season, you should not give up sandwiches.

However, to access the secret of success, it is important to follow a few rules of healthy doping just to lose weight, including choosing the right kind of bread. is rye bread help lose a few pounds, let’s find out.

If you are wondering what is the best bread to choose on a diet, you need to consider several factors.

Whole meal rye bread is best, but you can also use other types of bread if you’re dieting. We can help you make a good choice.

So what kind of bread to eat on a weight loss diet? 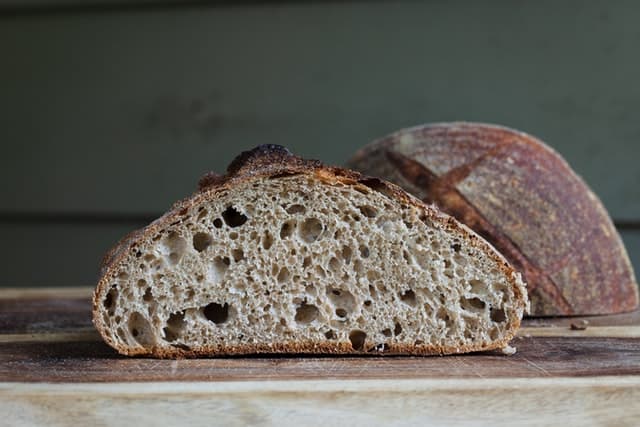 Similar to wheat, Rye is a grain that can be used in both its whole and refined forms, according to the Grains and Legumes Nutrition Council. Bread made with whole grain rye flour is dark in color, while refined rye flour produces a lighter color.

Rye, which contains less gluten than wheat, makes for a denser bread, and because it is made with sourdough, it has a slightly sour aftertaste. You may have also heard of rye bread by its German name: pumpernickel.

If you are wondering what kind of bread you should choose when following a weight-loss diet. It is worth introducing wholemeal rye bread to the menu. I understand that wholemeal bread is more beneficial during weight reduction because of its high fiber supply.

Which bread is recommended for a diet? 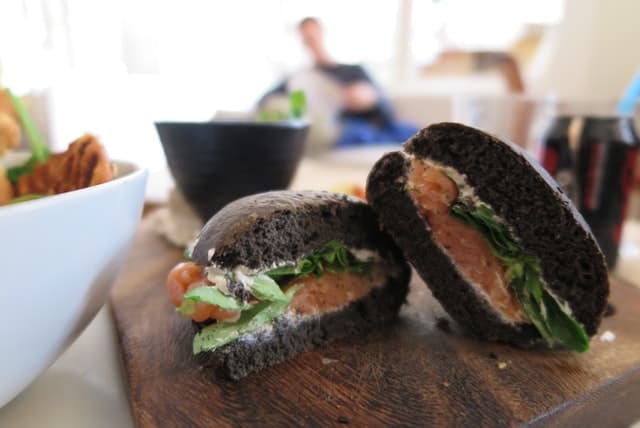 the answer is Natural bread with no added sugar, which is baked from low-processed flour such as rye bread is an excellent choice not only for a weight-loss diet. Rye bread provides energy, contains vitamins and minerals such as B vitamins, vitamin E, magnesium, iron, and dietary fiber.

At the same time, it is not devoid of components beneficial to health, its consumption contributes to lowering the level of “bad” cholesterol in the blood, speeds up metabolism, and thanks to its high fiber content it provides the feeling of satiety for a long time.

Unfortunately, it is difficult nowadays to obtain wholesome, dark bread consisting only of wholemeal or whole-wheat flour without wheat flour, so before buying it always look at the label and find out what kind of flour and in what proportions the bread has been prepared.

When losing weight you should pay special attention to the calorie content of bread. The most calories per 100 g are found in baked goods with a high-fat content – croissant, bread made of grains. With the former, probably no one doubts that it is better to avoid it on a diet.

Pure grain bread is valuable, it contains a lot of unsaturated fatty acids, but due to its caloric content, it should also be excluded from the diet. During weight loss, it is worth using a daily Calorie Diary. It allows you to control calories and know which products, including bread, will be the most beneficial for you. 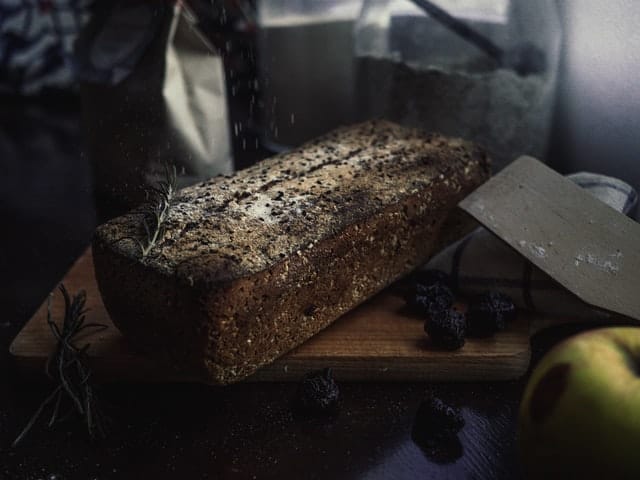 Rye bread also contains lactic acid, which facilitates digestion and prevents constipation. It promotes the growth of “good” bacteria in the intestines, which increases the immunity of the body and inhibits the growth of cancer cells, preventing colorectal cancer.

The choice of bread is wide, but most often we reach for the light, easily digestible bread. However, for people on a diet, a better choice is the often underestimated dark rye bread. It is made of dark, coarsely ground rye grains, the so-called rye flour.

Studies have shown that rye bread for breakfast helps to maintain a healthy weight. It is more filling than wheat bread, so the person who eats it in the morning not only feels hungry later but also feels less hungry.

Not at all – they are an important source of energy, especially for our brain. Therefore, to lose weight, we should not throw them out of our diet. It is enough to choose them wisely, among products with high food value.

What is best to avoid? First of all, sweets, which contain a lot of simple sugars. Leguminous vegetables (peas, beans, lentils), raw vegetables, and small amounts of fruit, but also wholemeal cereals, such as coarse cereals or wholemeal bread, can be a source of healthy complex carbohydrates.

They also contain fiber, which is not digested but regulates the bowel movement process and increases the feeling of satiety, thanks to which we eat less.

Which bread is overweight? 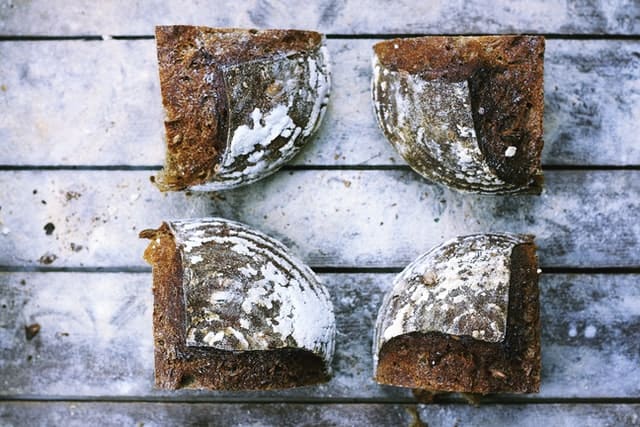 Light, wheat bread can be similar in calories to its dark counterparts. Even so, it won’t be the best choice for your diet. Why? A healthy, balanced diet should be based on products with a low glycemic index. This will help you avoid blood sugar spikes, the occurrence of which can contribute to insulin resistance and diabetes in the long run.

There is a place for bread in a rational weight loss diet, but only if it is eaten in the right quantity. It is also crucial to choose the type of bread in terms of vitamin and mineral content and glycemic index (GI).one of them is rye bread.

One of them is rye bread. The bread that we reach for should have the lowest glycemic index so that it provides a long feeling of satiety and does not cause sudden spikes in blood glucose levels. Bread on a diet works well as a base for breakfast, which needs to replenish the energy stores necessary for the effective activity we will be doing.

Wholemeal rye bread has a low glycemic index (GI – 50) and crispbread (GI – 35), but it can be higher in calories than traditional bread.

Wholemeal rye bread has a medium GI (58), whole wheat bread and Kaiser rolls have a high GI (70), and baguettes are popular (95).

The lowering of the glycemic index is influenced by the addition of fiber, protein, and fats. So if you eat a well-composed sandwich that contains all these ingredients, you have nothing to fear from blood pressure spikes. 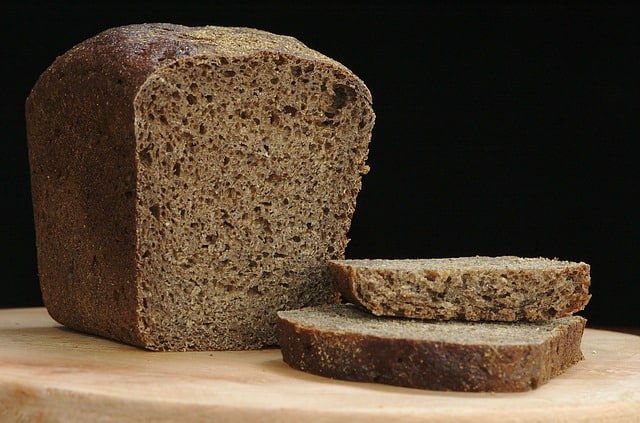 When we go to the bakery to buy fresh bread we often look for a light, fluffy, slightly browned loaf. We don’t pay attention to dark and heavy baked goods made of rye flour. Unfortunately – few people know that rye bread can help us stay slim and healthy.

Although Germany is the first and largest rye producer in the world, the dietary and health properties of this grain are not fully appreciated.

According to Pliny the Elder, we consider rye to be “a food that serves only to avoid starvation”. Nevertheless, grain is gradually becoming an important food for many European peoples.