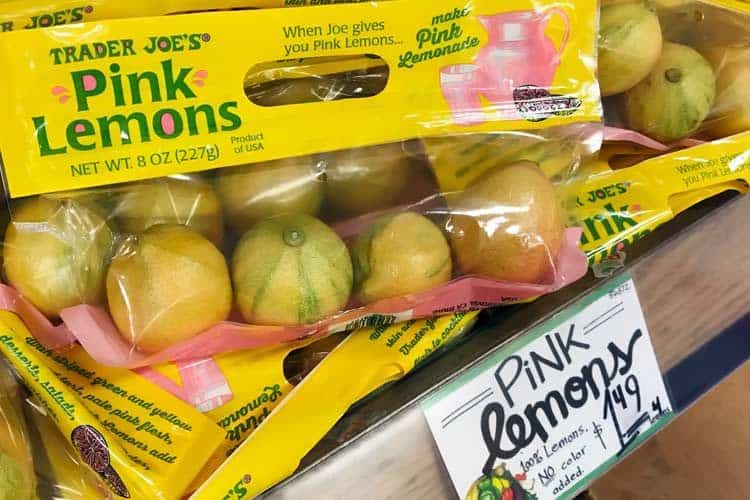 What Is Pink Lemonade? The Most Dangerous Drink of Summer

The sound of sprinklers, baseball, and 4th of July fireworks are all synonymous with summer. When it comes to ice-cold drinks, lemonade may be the most popular of the season.

You already know what’s in the regular version, but is there such thing as a pink lemon?

Yes they are for real. This natural, non-GMO cultivar was first discovered growing in Burbank, CA way back in 1931.

Known as the Variegated Pink, it’s actually a mutant variety of the normal Eureka lemon tree (Citrus × limon). As with the regular Eureka, they grow best in zones 8-11. California, Florida, Arizona, and Texas are all good climates for growing them.

What is a pink lemon?

The reddish color inside is comparable to a grapefruit and it also comes from the same source; lycopene. That’s a type of carotenoid which also gives tomatoes their red color. In lower amounts and at the right pH it appears pink, as is the case with the Variegated Pink lemon. The outside of the fruit is yellow with a few green streaks. Since lemons normally don’t produce lycopene, the genes responsible for this freak of nature likely came from cross-pollination with a citrus fruit.

In 1936, the U.S. Department of Agriculture covered it in a technical bulletin… 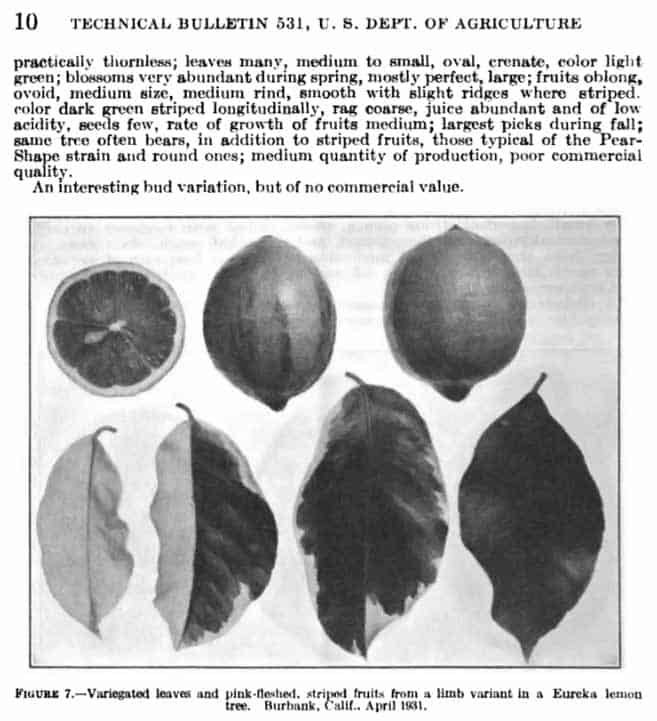 “An interesting bud variation, but of no commercial value.”

Well if that’s the case, Trader Joe’s must have missed the memo! For several summers in a row, they have been the most reliable place where to buy pink lemons. The variety isn’t exclusive to TJ’s, so it does exist at other grocery stores and farmers markets if you can find one that sells them.

Sour and bitter, just like a regular yellow lemon. In fact there’s almost no difference between them. The only exception is when the pink is overly ripe, it will be less acidic and fruitier in flavor. 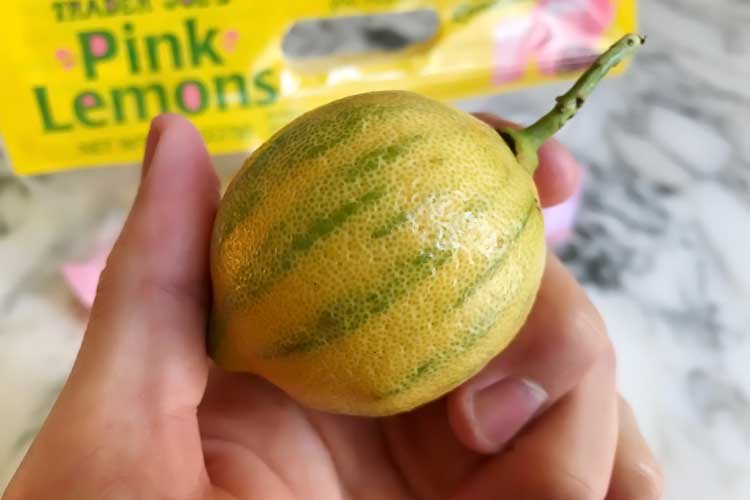 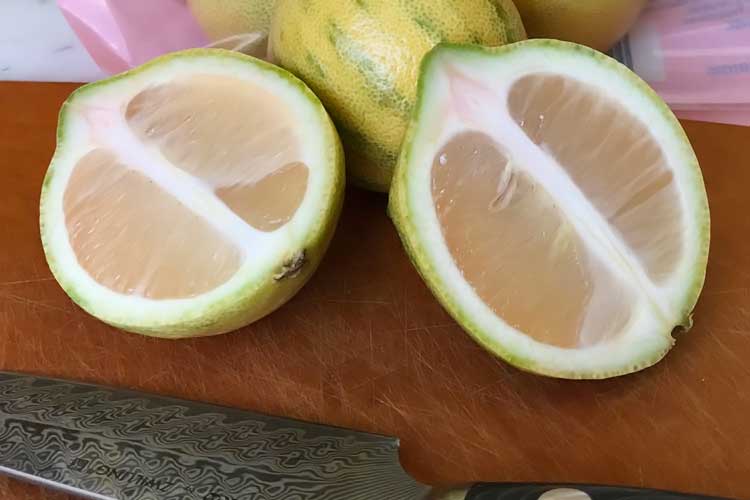 So what happens when you try to make lemonade out of the Variegated Pink? 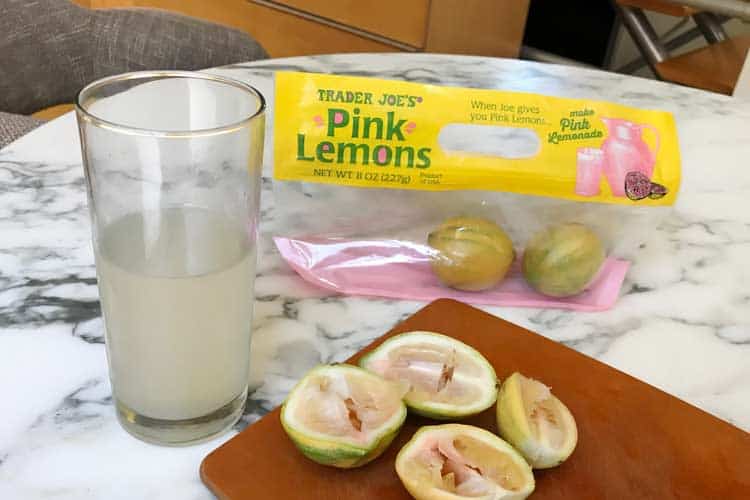 Not a whole lot! Kind of feels like a scam, because the packaging says you can use it to make the pretty beverage.

It’s actually a waste of money, because the premium price you pay for these mutants won’t be appreciated by anyone else, since the color and flavor remains the same.

Their best use in recipes is as a wedge, for when you want to make an impression. Try garnishing a glass of water or another drink with a piece. Your guests will then be will be forced to notice the anomaly.

But even for that use, there is a drawback; we have never seen organic pink lemons for sale. After you read what Trader Joe’s coats their conventionally grown with, it may no longer be to your liking. 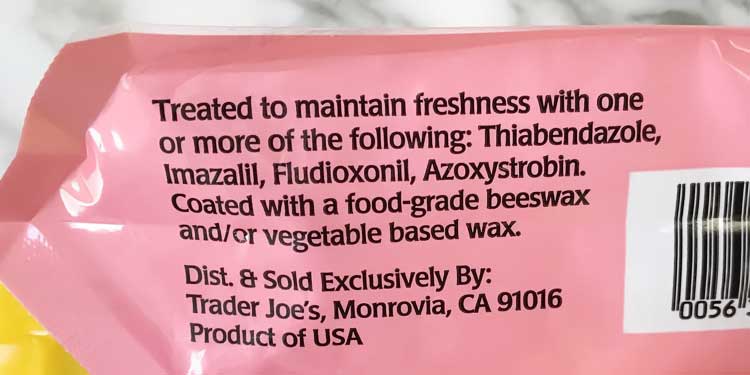 Where does pink lemonade come from?

Since it doesn’t come from the natural Variegated Pink, the only way to achieve that color is with lemon that has added pigment. There are only two ways to achieve that rose hue:

As far as the original recipe, when it was first used and what they colored it with, is a topic up for debate.

Who was first to invent and sell it is not 100% verifiable, but the following history is the most probable origin of where pink lemonade came from… 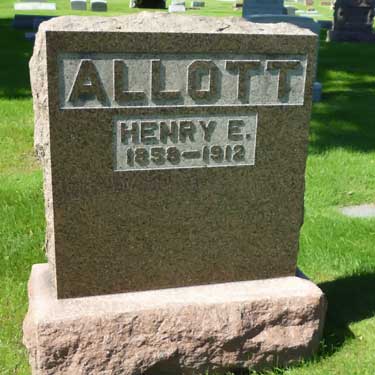 Born in Wisconsin in the year 1858, this man known as “Bunk Allen” was a carny through and through. He ran away from home and at the age of 14, he was running the candy and lemonade stand with a traveling circus.

As the story goes, a box of cinnamon red candies was knocked over into his lemonade. This changed the color to a soft pink. Rather than throw the batch away, he just changed the name.

As described in the 1922 book, The Mixer and Server:

Four days after the death of Henry E. Allott, his obituary was published in The New York Times. That piece, published on September 18, 1912, also describes him as the man who invented pink lemonade.

Another carny named Pete Conklin is also credited as being an inventor, at least according to his brother George.

Supposedly in 1857, Pete ran out of lemonade and decided to use a dirty tub of water as a replacement… the same tub that acrobats had wrung out their dirty red tights in!

That made the water pink and Conklin passed it off as being strawberry lemonade.

This was before the days of Spandex and artificial permanent dyes, so it is possible but seems to be a less likely origin.

1921 is the earliest documentation of that version of history, in the book The Ways of the Circus: Being the Memories and Adventures of George Conklin Tamer of Lions.

Yet another carny, W.H.A. Tobey, claims he invented it using pink water from a horse trough. A red blanket had blown into it, changing the color. That was reportedly in the 1860’s. Another similar story comes from William Henry Griffith in the 1870’s, but it was the acrobats’ red tights that fell off a clothes line and into the lemonade.

These stories of where pink lemonade came from are interesting, but not nearly as fascinating as the other foods author Josh Chetwynd covers in his book How the Hot Dog Found its Bun: Accidental Discoveries and Unexpected Inspirations That Shape What We Eat and Drink.

Is pink lemonade good for you? 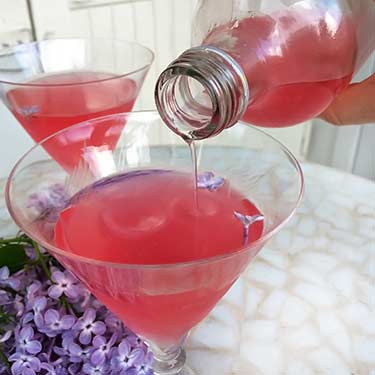 Obviously making it from sweaty butts of red Spandex tights would not be healthy for you, but how about the modern renditions?

It’s not the same thing as strawberry or raspberry lemonade. Those have a decent portion of additional fruit. Not only does that make it an intense magenta or crimson colored drink, but it also alters the flavor.

What flavor is pink lemonade? The exact same as regular yellow lemonade. Sour and sweet, thanks to the loads of sugar or corn syrup. The added color does not alter the taste, which begs the question as to what the source of that pinkness is?

The In-N-Out pink lemonade ingredients are unknown, as the company won’t disclose them. However there’s a good chance it’s Minute Maid brand, because they sell Coca-Cola products, including the yellow version of Minute Maid available at the self-service fountain.

Do we know that because we asked for a free water cup and then filled it with something else?

If you buy it in the refrigerated carton at your grocery store, here are Minute Maid’s pink lemonade ingredients:

The good news? No artificial food coloring. They just use a hint of red grape juice to achieve that rose color.

The bad news? High fructose corn syrup and a lot of it! The nutrition facts list a staggering 28g of sugar per 8 oz serving.

On a per ounce basis, that’s actually more sugar than Coca Cola – 3.5g per ounce versus 3.25g with a classic Coke.

Keep in mind that the cups you get at In-N-Out or another fast food joint are 16 ounce and larger – that’s at least 56g of sugar, the equivalent of 14 teaspoons.

Turning to another brand, Country Time pink lemonade, its ingredients are as follows: 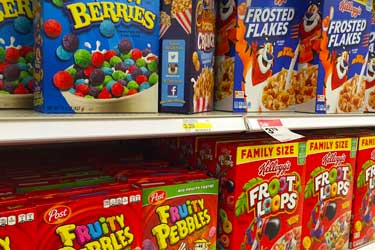 Many kids cereals make use for artificial dyes like yellow 6, blue 1, and red 40. Frosted Flakes is the only one pictured which does not use them.

Less sugar at 20g per serving, but with that “benefit” you get the drawbacks of artificial colors made from FD&C Red Dye #40.

Red 40 is a derivative of naphthalene, which typically comes from coal tar. It’s a type of polycyclic aromatic hydrocarbon (PAH) which is a category of compounds associated with cancers of the stomach, lung, bladder, and liver in numerous animal studies. (1)

It’s also among several artificial colors which are believed to be linked to ADHD side effects in children.

That’s why prior to joining the European Union, this color known internationally as E129 “allura red” was banned in Belgium, Denmark, France, Germany, Norway, Sweden, and Switzerland.

Today in Europe, it’s only allowed in food and non-alcoholic drinks if there’s a safety warning on the label (2):

“May have an adverse effect on activity and attention in children.” 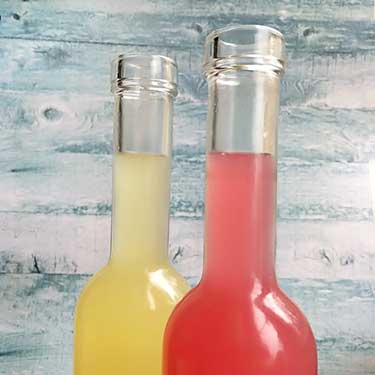 Sure, booze is worse, but when it comes to non-alcoholic, this is the unhealthiest drink of the summer season.

The difference between lemonade and pink lemonade is generally non-existent when it comes to sugar content. Both are terrible for you. Brands of both pink and yellow lemonade often have more sugar per ounce than Coke, Pepsi, and other sodas.

For the reason of high sugar alone, it’s already the most dangerous choice. Unless you actually want type 2 diabetes.

Brands like Simply Lemonade, Snapple, Newman’s Own, and Minute Maid don’t use red #40. Though a lot of the manufacturers do including Country Time, Sunkist, and most of the generic jugs you see in the refrigerated juice section.

Officially, red #40 is completely safe according to U.S. standards. If that makes you feel comfortable, then drink up! If not, keep reading…

How to make the drink healthier

For color, use natural food dyes.

For sweetness without the calories and blood sugar spike, do not use stevia. Aside from the awful aftertaste, it’s not safe in high amounts due to DNA mutation concerns. The best zero calorie sweetener will be monk fruit extract.