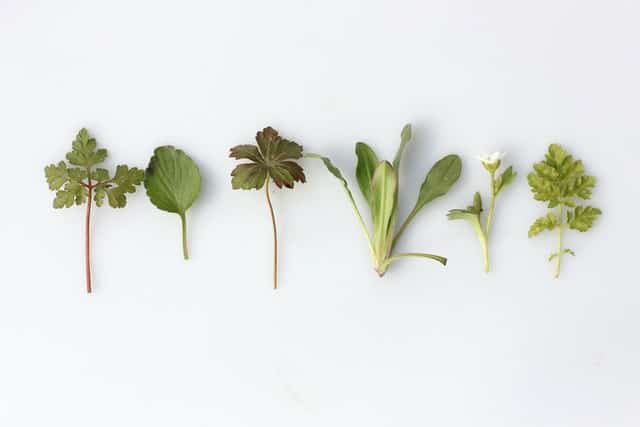 What Herbs are Good For Anxiety

Anxiety can be defined as a state of intense, persistent, excessive fear and worry about everyday situations. Occasional anxiety is very normal and okay as everyone often feels anxious when they are in stressful situations, like writing a test, presenting a public speech, facing some problems at work or even before making important decisions in life.

Anxiety can be caused by illnesses and certain chronic health conditions like diabetes, irritable bowel diseases, heart disease, or tumours. It can also be caused by alcohol and drug misuse or withdrawal, trauma, or phobias like social phobias (1).

Taking medications is a renowned and the most common way of treating anxiety by many people. However, the consumption of herbs for anxiety is becoming increasingly popular in recent years.  Some herbs have a long history of use in traditional medicine and some people prefer to take them compared to oral medications as they tend to be safer and have little or no side effects. The following herbs have been well proven to help with anxiety (1, 2). 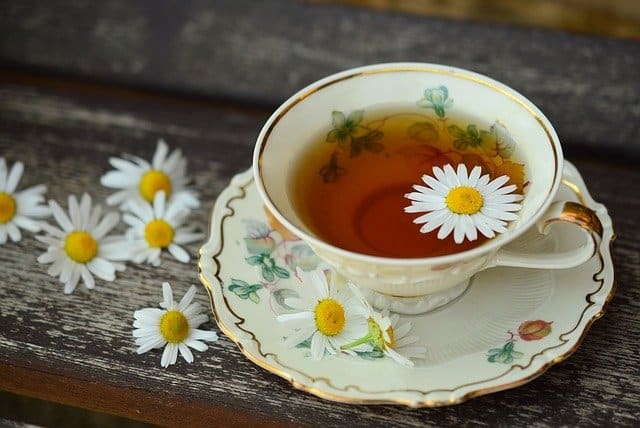 Chamomile is a daisy-like plant, popularly consumed as a tea or processed as infusions with other herbs. It is reputed for relieving anxiety and improving the quality of sleep at night due to its sedative effects. Chamomile contains a potent antioxidant called apigenin, which binds to the gamma-aminobutyric acid (GABA) receptors in the brain, increasing concentrations of circulating GABA which consequently promotes sleepiness and reduces insomnia.

GABA is an amino acid that acts as a neurotransmitter or chemical messenger in the brain to slow down nerve signalling, thus acting as an inhibitory neurotransmitter.  Increased GABA concentrations in the brain reduce the intensity of nerve signal transmissions, which helps lessen anxiety, depression, and stress. Decrease concentrations of GABA are known to trigger feelings of anxiousness (3).

Apigenin can bind to GABA receptors in a similar fashion as do drugs used for the treatment of anxiety and insomnia, making it a great alternative for drugs for people who want to enjoy all the benefits of natural apigenin sources like chamomile. Consuming chamomile extracts has been effective in significantly reducing symptoms of anxiety and depression in patients with anxiety disorder in many clinical studies (3, 4). 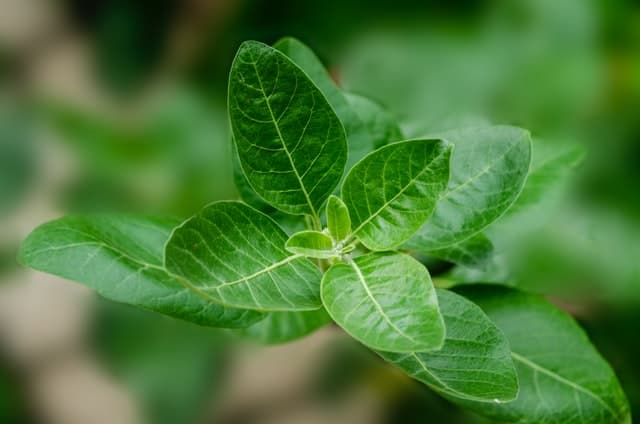 Ashwagandha is nightshade native to India, with a long history of use in Ayurveda medicine for the treatment and anxiety and stress. It has antioxidant and anti-inflammatory properties, with proven effects on anxiety reduction likened to those of benzodiazepines. In a clinical study, supplementing with 400mg and 225mg of ashwagandha extracts for 30 days improved cortisol levels, anxiety and depressive symptoms in participants compared to the control group (5). 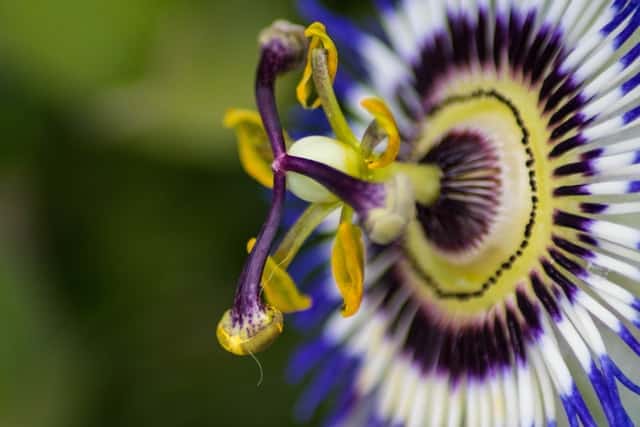 Passionflowers, also called passion vines, are herbs native to the Americas, where they have been traditionally used for treating anxiety, hysteria, insomnia, and seizures. Today, passionflower is popularly used to treat anxiety and insomnia thanks to the increasing knowledge about its effectiveness demonstrated by several research studies.

Passionflower increases GABA concentrations in the brain, lowering the activities of brain cells, and increasing relaxation. Its effect has been likened to that of Serax (oxazepam), though it took longer (4 days compared to 7 days with oxazepam) to treat anxiety symptoms. It was however effective in producing less impairment on job performance compared to oxazepam, making it a preferred alternative for treating anxiety for some patients (6, 7). 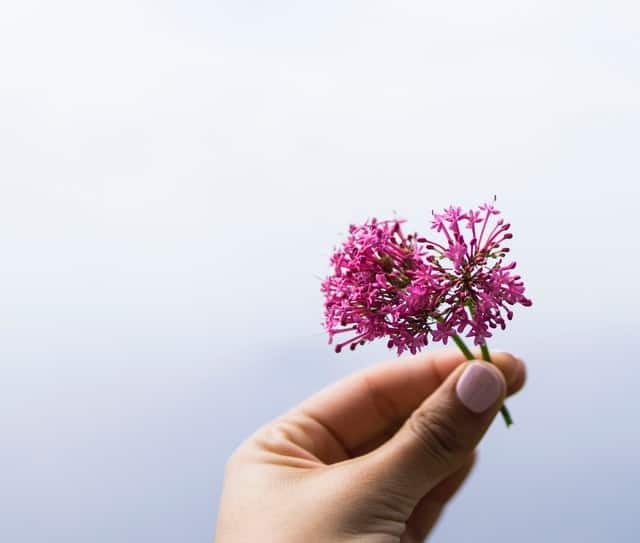 Valerian is a herb with origin in Europe and Asia. It has been used since the second century AD to treat anxiety, insomnia, and nervous restlessness. It increases the release of GABA and inhibits the breakdown of GABA in the brain by enzymes. Its actions are dose-dependent, thus at higher doses, valerian works better at treating anxiety. Consuming valerian at a dose of 50mg three times a day for four weeks was effective in reducing anxiety symptoms compared to taking 2.5g of diazepam three times a day for the same four weeks (8). 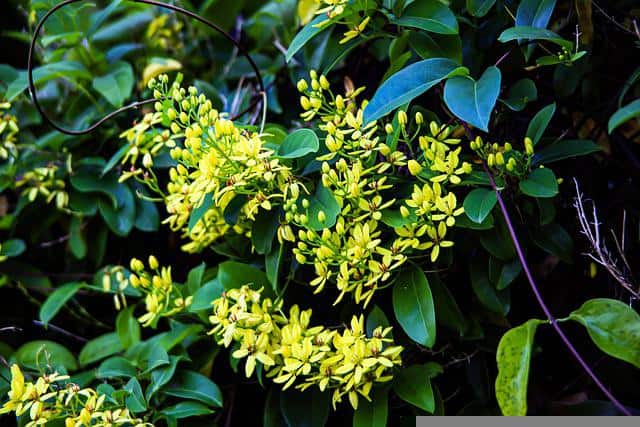 Galphimia glauca is a small shrub that is native to the tropical regions in Mexico and Central America. It is popularly taken orally to treat hay fever, anxiety, and many other health conditions. Infusions of its stems and leaves were used principally in Mexico during the time of the civil war movements, to treat soldiers who were suffering from repeated episodes of anxiety.

G. glauca contains the active compound galphimide B, which exerts an anxiolytic effect by inhibiting dopaminergic activity. Dopamine is a neurotransmitter produced in the brain, that plays a role in regulating our mood and feelings of reward. Excess dopamine in the brain increases energy, anxiety, sleep difficulty and paranoia which are usually seen in schizophrenia patients. Thus, inhibiting dopaminergic activity will reduce the effect dopamine will have in inducing anxiety (9).

Oral administration of 301mg of dried G. glauca extract taken twice a day for 4 weeks decreased anxiety in patients with a generalized anxiety disorder (GAD) just like the drug lorazepam over the same period (10). In another study carried out in Mexico, patients with social anxiety disorder showed significant improvement in anxiety with oral administration of G. glauca that contained 0.374mg/dose of galphimide-B (the active compound) compared to the control group that received 50mg of sertraline over the same period of 10 weeks (11). 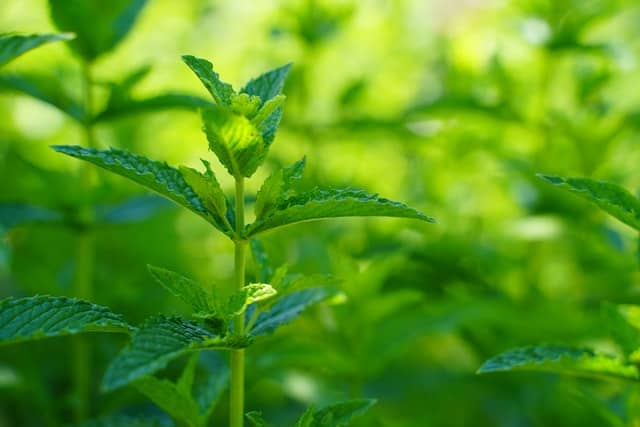 Lemon balm is a herb that belongs to the same family as mint, native to Europe, North Africa and West Asia. It is typically consumed to increase calmness, and alertness in people with mental stress. It is also used as a sleeping aid and digestive tonic. Consuming a sweetened water-based drink that contained as little as 0.3g of lemon balm extract was reported to reduce stress and improve the moods of the participants in one research study with healthy people (12).

Lemon balm also contains rosmarinic acid, a potent antioxidant and anti-inflammatory agent, which is reported to increase levels of GABA in the brain by inhibiting GABA transaminase activity. Low levels of GABA as earlier mentioned are linked with anxiety and other mood-related disorders (13).  Supplementing with 3 g of lemon balm for 8 weeks was reported to be effective in reducing anxiety, depression, and insomnia in patients with chronic stable angina in one study (14). 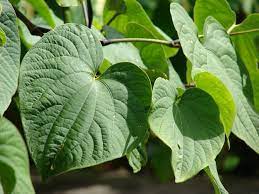 Kava is a plant whose origin is traced to the South Pacific Islands. Its roots were commonly used to make a traditional drink that is popularly consumed during religious and cultural occasions to alter consciousness. Kava is popularly consumed for its relaxing and anxiolytic effects, the reason it has been used for decades as a natural remedy for stress and anxiety. Treating patients with generalized anxiety disorder with kava for 6 weeks was demonstrated to be effective in improving anxiety symptoms in one study (15). 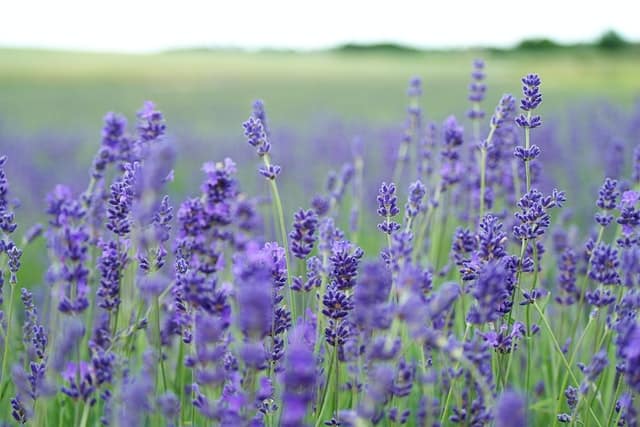 Lavender is a herb native to the nations around the Mediterranean sea, Southern Europe, Northern and Eastern Africa, the Middle East, Southwest Asia and Southeast India. It has been used as an anti-convulsive, mood stabilizer, sedative, and analgesic medicine. It has an ancient history of use by medieval physicians like Ebn-e-sina and Razi for the treatment of migraines and epilepsy.

Oral administration of 80mg of lavender once a day showed a superior anxiolytic effect in anxiety patients compared to the controlled group. Also, improvements in other symptoms like restlessness, sleep disturbance and psychological distress were reported. Besides aromatherapy with lavender oil diluted at 1%, was reported to alleviate anxiety and improve mood in patients in the intensive care unit of the hospital in one study (16). 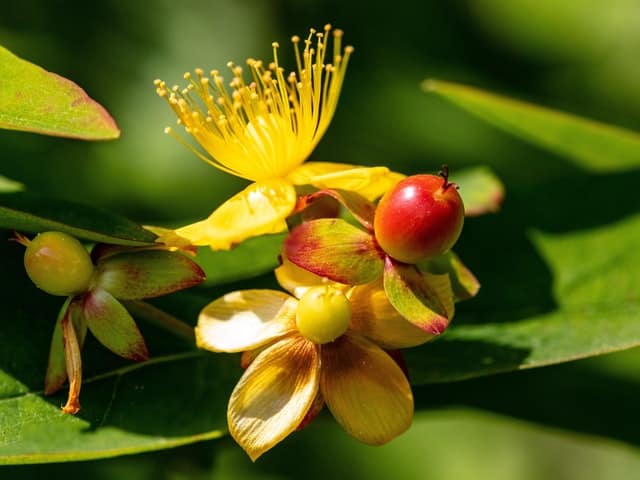 St. John’s wort is a herb that is native to Europe. It has been used for centuries as a natural remedy for the treatment of depression and anxiety due to its mild sedative effect. It reduces the uptake of the neurotransmitters, serotonin, dopamine, and norepinephrine, at the neuronal synapses.  Serotonin functions in regulating mood, with low levels being associated with anxiety, sleep disorder, depression, and other mental challenges.

So, preventing the uptake of serotonin will result in increased concentrations of serotonin in the brain, which will act to decrease anxiety and depression. It also binds to GABA receptors, preventing GABA binding and hence increasing their concentrations in the brain. St. John’s wort can be consumed as a tea or taken as a supplement as the dried ground leaves exist in capsules that can be consumed at doses 300mg, three times a day (17). 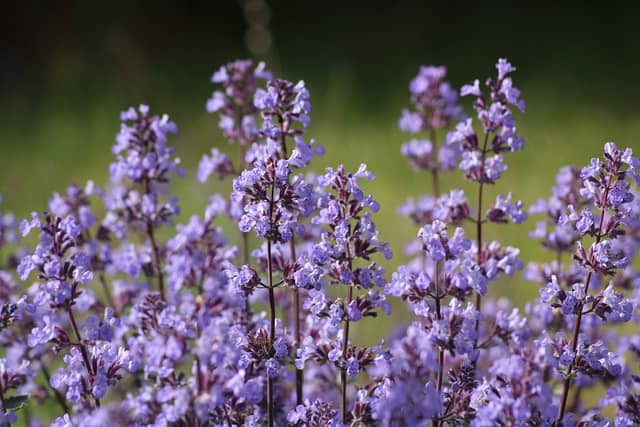 Catnip is a herb native to eastern and southern Europe, the Middle East, Central Asia and China. Its flowers have been such a sedative drug for decades. Catnip tea is popularly consumed today for the treatment of asthma, anxiety, nervousness, diarrhoea, and nervous disorders. Catnip contains a nepetalactones, a group of lactones, which are responsible for its sedative, and relaxing effects on the body (18).

The use of herbs to treat anxiety is an age-old practice which has gained much more popular in recent decades thanks to an increase in knowledge of the benefits of these herbs, as reported by numerous research studies. The fear of adverse effects from many medications as well as the risk of developing a dependency on them has also caused many to opt for herbal remedies. Consuming herbs for anxiety is easy as all of them can be brewed as a tea and consumed either alone or in combination with other herbs for a more rewarding effect.