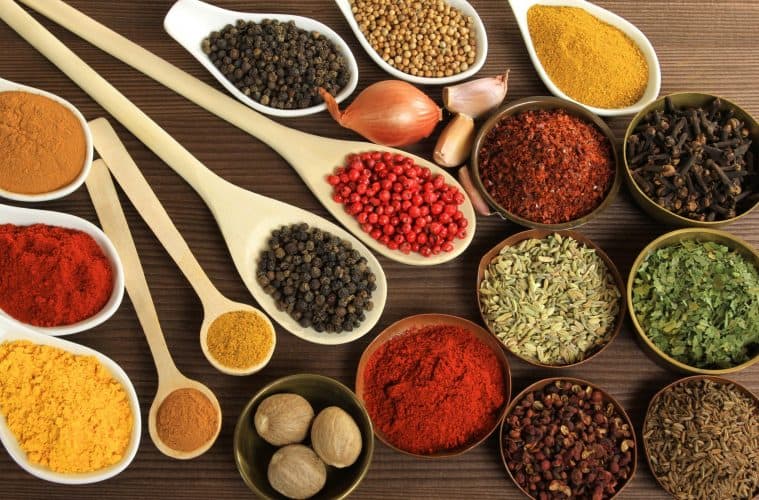 What Herbs and Spices Are Anti-Inflammatory?

Chronic inflammation is a condition that is becoming more and more prevalent every year. According to the World Health Organization, 3 in 5 people worldwide will experience the fatal effects that unaddressed chronic inflammatory diseases can have.

While there are medications available that may help treat these inflammatory conditions, oftentimes they are only a temporary fix, or they come with several potential risks and side effects.

Thankfully, there are ways that you can prevent inflammation in the body through simple healthy lifestyle choices, starting with your diet. Certain herbs and spices have anti-inflammatory qualities and effects that can help reduce inflammation and maintain overall health and wellness throughout the body.

Adding in these herbs and spices to your diet, along with other nutrient-rich superfoods, can help to decrease inflammation and prevent chronic inflammatory diseases.

Ginger (Zingiber officinale) has a zesty sweet flavor, and can be added to many different types of dishes, particularly Asian cuisine, sir-frys, stews, and salads. It comes in a variety of forms, such as dried, fresh, powdered, and supplement form. Ginger has been used for thousands of years as a healing spice to treat many different conditions, including inflammation. It contains over 100 active compounds, which are responsible for its health effects.

This healing spice contains powerful antioxidants, and has been found to reduce inflammation in those who are dealing with inflammatory conditions such as osteoarthritis, and other conditions producing joint pain and immobility. 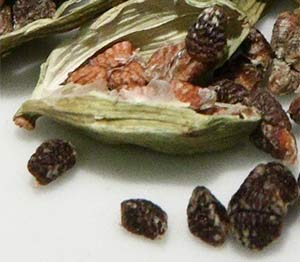 Cardamom (Elettaria cardamomum) has a sweet, spicy taste, and is native to Southeast Asia. It adds a wonderful flavor to curries and stews, and typically comes in powdered and supplement form. 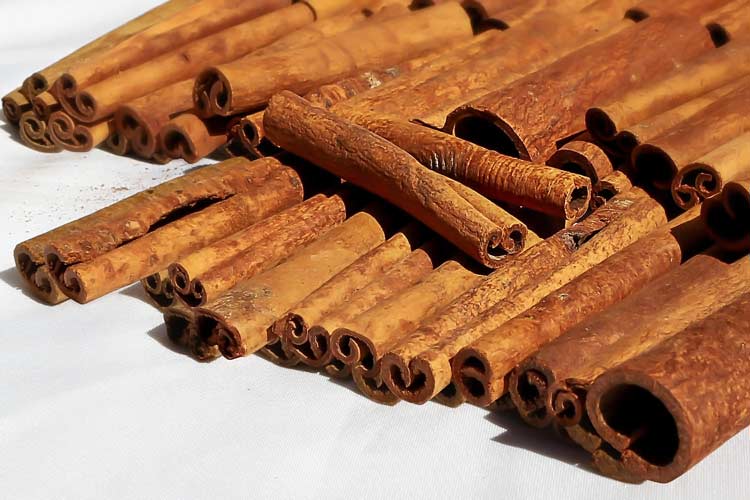 Cinnamon is an excellent and delicious spice native to Sri Lanka that can be added to both sweet and savory foods. Many cultures have prized cinnamon for its health benefits for centuries, and several studies have shown its links to reducing inflammation in small doses. These studies have shown a significant decrease in CRP and MDA levels, two inflammatory markers, upon ingesting 1,200–3,000 mg of cinnamon daily for 8–24 weeks, proving its efficiency for reducing inflammation. 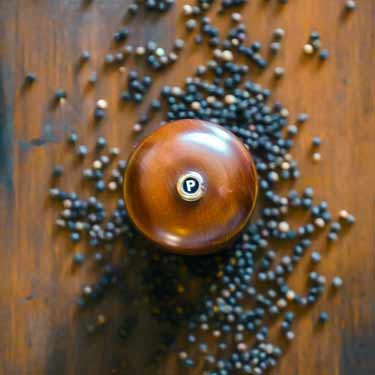 Black pepper (Piper nigrum L.), otherwise known as the “king of spices,” has been used globally to treat many different inflammation-related conditions, such as asthma, diarrhea, and other gastric ailments. Research has shown that the main active compound in black pepper, called piperine, helps to reduce swelling and inflammation of the joints, including inflammation markers such as IL-1β, TNF-α, and PGE2. Black pepper is a very versatile spice that you can add to just about any savory dish, including veggies, meat, and pasta. 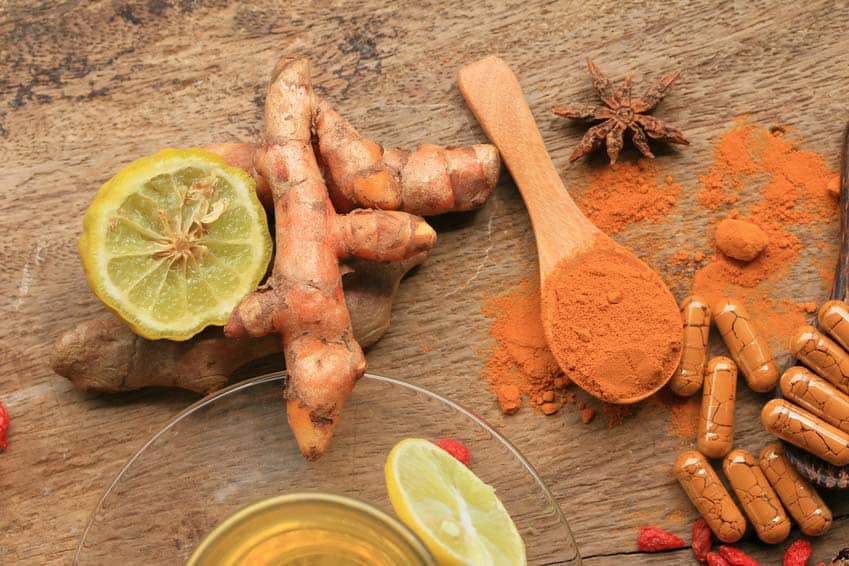 Turmeric (Curcuma longa), otherwise known as the “golden spice,” is a tall plant that is in the ginger family and native to South Asia. It has been used in Indian medicine for thousands of years in order to treat different health conditions and illnesses.

This fantastic superfood is one of the most widely studied spices due to the active compound it contains known as curcumin. It’s been said that turmeric has the incredible ability to block or inhibit signaling proteins, known as tumor necrosis factor alpha (TNFα), that can contribute to disease-causing inflammation, which can lead to illnesses such as cardiovascular disease, diabetes, depression, cancer, IBS, arthritis, and more. It comes fresh, powdered, dried, or in supplement form.

Additionally, taking turmeric with black pepper can enhance its potent effects. Both of these spices contain key active ingredients that contribute to their antioxidant, disease-fighting, anti-inflammatory qualities. The polyphenol curcumin in turmeric is anti-inflammatory, antibacterial, and antifungal. However, it is not readily absorbed into the body. The bioactive compound piperine that can be found in black pepper, as well as in chili powder and cayenne pepper, has anti-inflammatory properties too, but it can also boost the absorption of curcumin. In fact, research has shown that combining the piperine in black pepper with the curcumin in turmeric can enhance curcumin absorption by 2,000%. So next time you’re making a dish containing turmeric, try adding some black pepper as well for maximum benefits. 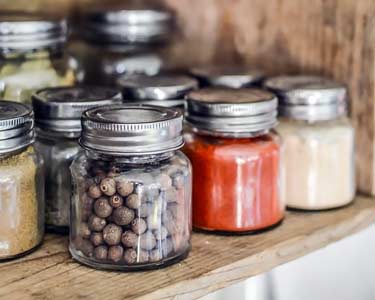 Cayenne, along with other hot chili peppers, has been used for its many health benefits and nutrients since the ancient times. Originally grown in Central and South America, they were introduced to Europe in the 15th century by Christopher Columbus. Now cayenne pepper is enjoyed worldwide!

Cayenne contains numerous beneficial qualities. This is due to the natural compounds it contains, known as capsaicinoids. These compounds are what provides the anti-inflammatory properties that can help prevent diseases resulting from chronic inflammation.

This fantastic spice adds a kick to any savory dish, and can also be used as a metabolic and digestive aid as well. Cayenne also contains a surprising amount of nutrients, clocking in at 44% of the RDI for vitamin A. 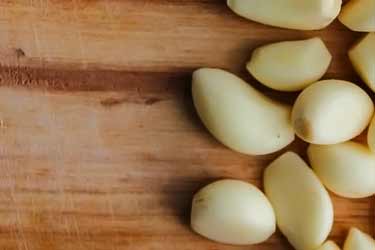 Garlic (Allium sativum) is a potent spice with a particularly strong taste and smell that has been used in medicine for centuries to treat all kinds of ailments, from infections, to constipation, to coughs, toothaches, arthritis, and more. It has the fantastic ability to raise antioxidants in the body, while also regulating inflammation-promoting markers, such as IL-10 and NF-kB. Garlic is a delicious spice that you can add to all sorts of savory dishes, or take in supplement form. 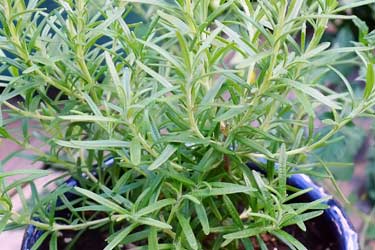 Rosemary (Rosmarinus officinalis) is a fragrant herb that is native to the Mediterranean. It works as a delicious seasoning for meat, such as beef, lamb, and chicken, and can be used fresh, powdered, or dried. There have been many findings on the effectiveness of rosemary on reducing inflammation due to its high content of polyphenols. Studies have shown a reduction of knee pain and stiffness due to osteoarthritis upon drinking tea containing high rosmarinic acid content, a polyphenol found in rosemary, on a daily basis.

Cloves are known for their expectorant qualities, used to treat nausea and inflammation of the mouth and throat. There is much evidence to suggest their anti-inflammatory properties, and they can be used to flavor hot drinks, in baked goods, or in savory soups and stews. They may also ease arthritis-related inflammation, and clove oil can be used topically for physical inflammation and swelling.

Ginseng has been harvested in Asia for thousands of years and used for its medicinal properties. The two main types of ginseng are American ginseng (Panax quinquefolius), which is more relaxing, and Asian ginseng (Panax ginseng), which is more invigorating. Both can easily be added into your diet by stewing their roots into a tea, or adding them to soups and stir-fries. They also come in capsule form to be taken as a supplement.

Ginseng contains active compounds known as ginsenosides that are associated with producing health benefits, particularly reducing signs of inflammation in the body. Research has suggested that ginseng’s anti-inflammatory properties are due to its ability to suppress a chemical messenger known as NF-kB, which activates the genes that promote inflammation. 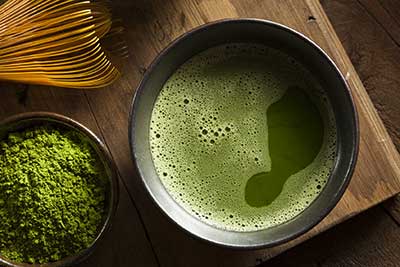 Green tea (Camellia sinensis L.) is widely known as an herbal tea that contains potent antioxidants and healthy polyphenol compounds. Studies have shown links with how these compounds can benefit the brain and heart, as well as how they can reduce inflammation. EGCG, a highly prevalent compound present in green tea, has shown vast improvements in those who suffer from IBD, ulcerative colitis, and Crohn’s disease, three inflammation-induced diseases.

Green tea can be easily brewed, and many people enjoy adding honey or lemon. Alternatively, matcha powder or green tea extract supplements are all highly beneficial in providing the polyphenol compounds and antioxidants needed to help combat inflammation. 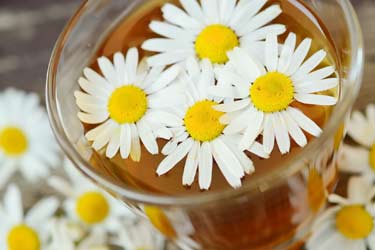 Chamomile is an herb derived from the flowers of the Asteraceae family. As an herbal, floral tea, it has been used as an effective remedy for colds, coughs, and illnesses for centuries. Studies have shown that chamomile can help reduce inflammatory symptoms, decrease the risk of cancer, as well as boost the immune system and improve overall health. Because of its anti-inflammatory effects and antioxidant agents, it can also prevent and ease digestive issues, such as diarrhea, stomach ulcers, gas, and nausea. Many people enjoy mixing honey or lemon into their chamomile tea as well, for an extra soothing quality.

Fennel (Foeniculum vulgare) is a tasty herb and medicinal plant with a mild licorice flavor. Fennel provides antioxidant, anti-inflammatory, and antibacterial benefits for your health. Additionally, it is a good source of vitamin C, which is vital for immune health, tissue repair, and collagen production. It also protects against cellular damage caused by free radicals, and contains other essential nutrients, such as magnesium, potassium, calcium, and manganese, which help with boosting the metabolism, wound healing, blood sugar regulation, bone health, and more. 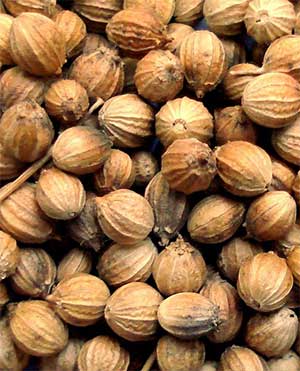 Coriander (Coriandrum sativum) adds a delicious flavor to many different dishes, in soups, salsas, curries, and masalas. It’s related to parsley, carrots, and celery, but its flavor is all its own. The antioxidants present in coriander are known to fight inflammation and slow the growth of lung, prostate, breast, and colon cancer cells. The compounds present in coriander, including terpinene, quercetin, and tocopherols, may contain anticancer, immunity boosting, and neuroprotective effects, all contributing to overall health and wellness.

Coriander also has the ability to prevent cellular damage caused by free radicals. Several different brain illnesses are caused by inflammation, including Parkinson’s, multiple sclerosis, and Alzheimer’s. The anti-inflammatory properties present in coriander can help safeguard against these diseases.

Nutmeg is rich in anti-inflammatory properties and compounds known as monoterpenes. These include sabinene, terpineol, and pinene. These compounds can help to reduce inflammation in the body, as well as benefit those who are dealing with inflammatory conditions. The antioxidants found within this spice, including cyanides and phenolic compounds, also contain powerful anti-inflammatory properties. Nutmeg reduces inflammation by inhibiting the enzymes that promote it. 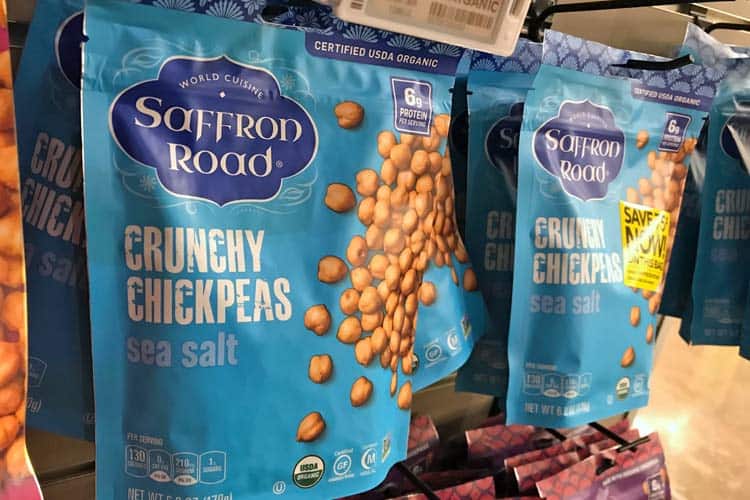 Saffron is a spice harvested from the crocus flower, and has been used since ancient times for medicinal purposes, particularly in the Middle East and Greece. This powerful herb contains over 150 chemical compounds that can have a major impact on health, including fighting inflammation. Saffron can reduce inflammation due to the compounds and antioxidants it contains, some of which include crocin, safranal, and picrocrocin. These can help reduce cell damage and lower the risk of certain diseases, such as Alzeimer’s, cancer, heart disease, and diabetes.

If you are dealing with inflammation, try adding these superfoods, herbs, and spices into your diet in order to prevent inflammatory diseases. Illnesses such as IBS, rheumatoid arthritis, asthma, autoimmune diseases, Crohn’s disease, coeliac disease, and diabetes all stem from chronic inflammation. By ingesting ingredients that directly address inflammation, you can prevent these types of illnesses and promote overall health and wellness throughout the body.