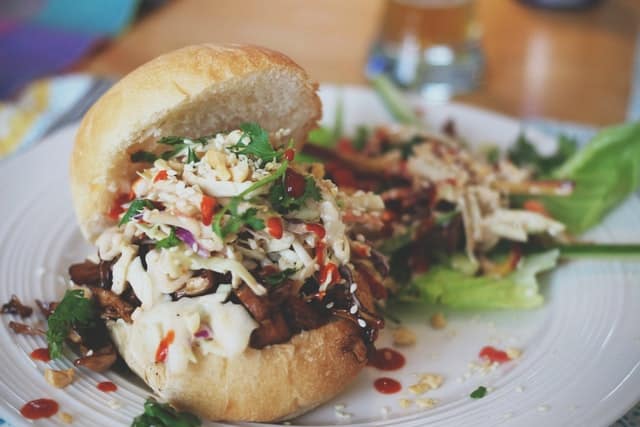 There’s much talk about dieting and food choices these days, but not enough about our eating habits. Let’s say, for example, you’re on a keto diet, but you concentrate most of your calories late at night because you’re too busy out and about during the day. Is that really healthy?

This question leads us into our first pick of, in our opinion, the top 10 worst eating habits. (Don’t try to tell me some of this is technically snacking. You chew and swallow—it’s all eating.)

Health trends nowadays focuses on getting a fit physique, and people tend to build their diets around this goal. As legend has it, apparently the only thing that matters is how much calories you take in versus how much burned.

But according to WebMD, among other sources, eating close to bedtime is bad for your health. Emphasis on health, not just physique. Late night eating can cause indigestion and sleep disturbances, stressing out both you and your digestive systems the next day. One can only imagine, munching your face off night after night, what kind of mess your various health-important systems are on the inside. 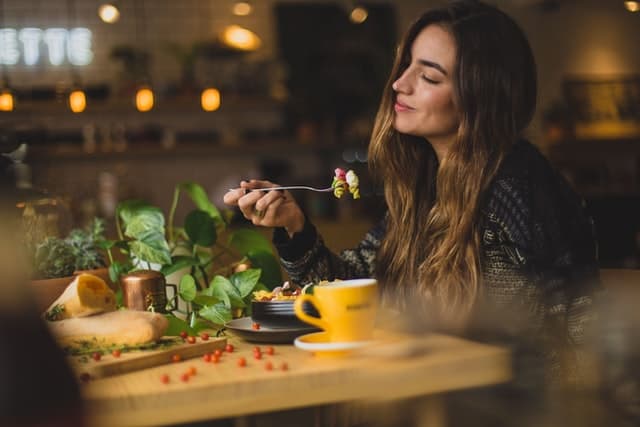 This is not the first time you’ve heard this, let’s be honest. It may be cliché, but that’s because it’s true that eating out frequently isn’t good for your general health. For starters, you don’t know how the food is prepared, how much salt or sugar goes in, or what chemicals were used in the process in order to achieve that taste or appearance of the dish.2

Moreover, many studies, such as this one in 2016, found that restaurants serve bigger portions than the guideline provided by the U.S. National Institute on Aging.1 Further, going out often entails socializing, and when with a group, what we eat isn’t always up to us. And of course, we wouldn’t want to spoil the mood, so a feast size french fries that are enough for a meal for four when there’re only two of us? I’m down!

8. Eating by What You Crave

It’s easy to overeat. Why? Because food is enjoyable. It stimulates our food cravings. But craving runs on different mechanisms from hunger.4 If you’re hungry, you won’t be after you’ve eaten a certain portion of food. But craving can lead to overeating, because consuming the food you crave gives a feeling of reward, and we love rewards and tend to anticipate we’ll eat more than what we actually need.

When we order food or even make it ourselves, what do we think? We think, “What do I want? What am I craving?” Sounds like a cool way to live life to the fullest, but that means you’ll more likely to eat to satisfy craving instead of hunger. And we all know delicious food always leaves us wanting more.  Learn to distinguish craving and hunger, and control your meal portions.

Having snacks available in the house is part of the temptation we need to fight against when it comes to healthy eating.5 And this battle starts in the supermarket. Often, we don’t start with our grocery shopping with a plan to buy a bunch of snacks, yet it all too often end up doing exactly that anyhow.

Given that snacks are often very cheap and preserves well, it’s extremely tempting to grab a bag of, say, chips and tell ourselves, “Just a few bites every time.” Yet, we rarely put it away once started. It’s that evil enjoyability of food again. And even if we did put it away, as long as it’s in the house, it’s way too easy to take a few steps, take it back up and start munching.

If you know you love snacks but want to start eating healthier, perhaps it’s a good idea to steer clear from the snack aisle in the first place, at least until your eating habits have changed entirely. It’s not like there’s any essentials in that aisle, anyway.

Modern life is busy, and many people feel like they don’t even have time to cook, and take-outs can drain our banks sooner than you’d imagine. Solution? Cured meat, canned foods, ready-to-eat sausages that tastes nothing like meat—in short, processed foods.

This type of food often contains unhealthy amounts salt and sugar and fat and other chemicals that are definitely not naturally occurring in whole foods, to ensure they can be preserved over a long time while still taste good. Consuming too much of these foods can increase chances of diabetes, high blood pressure, cardiovascular disease, etc., according to Labourer’s Health and Safety Fund of North America.6

Moreover, these highly processed foods are extremely easy to digest but lacking in nutrients (all the typical snacks like chips and cheese puffs are processed foods), thus encouraging eating more than you need calorie-wise but really not fulfilling any nutritional needs.

5. Eating While Watching Something 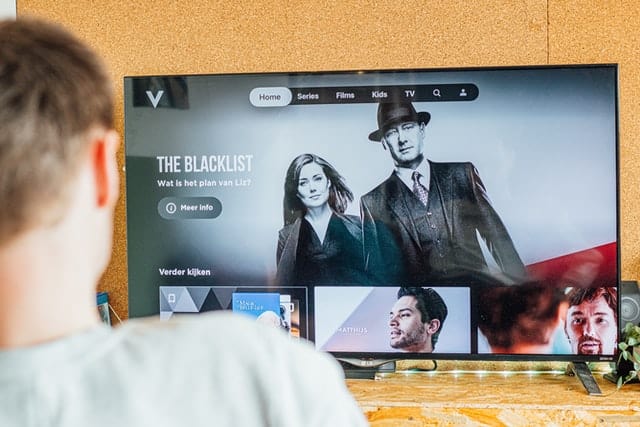 Don’t we all love our popcorns and chips while curled up in our couches watching our favourite show or movie? But you ever get the feeling that after you finish watching, you stand up and you feel full and bloated?

It gets mechanical, doesn’t it? With all the attention on the world in the screen, we don’t usually notice how much snacking we’re doing. Then how do we know when to stop? The snack is right there in our hands! Result: We don’t and we end up over-snacking.7

Tied to several previous points, when we talk about being more mindful about nutrition, people might recoil at the mental image of someone poring over the “nutritional fact” section of the food packaging. Well, this ain’t that.

I’m simply advocating for the action of balancing all food groups in your diet. Not saying that we should all go insane measuring how much vitamin B we ate at lunch, but maybe it’s not a bad idea to think about if we ate at least as much as vegetables and grains as red meat. Or, if you’re vegan or vegetarian, think if you had enough beans or dairies on top of your greens.

Long-term, nutritional imbalance will hide around a corner and trip you while you stride with pride.

3. Not Planning Ahead for Your Meals

Unexpected things happen, and that’s fine. Unless you’re truly clairvoyant, no one can predict the future. Sometimes work or some emergency get in the way and we need a quick solution for our meals. That usually ends up in us going for unhealthy options.

That said, we can to some degree try to anticipate the unexpected. Even if you can’t cook, try to research ahead of time the healthiest restaurants or snacks you can find around the city. When shit comes up, try to catch one of those.

Too often, we get the feeling that one Big Mac ruins the whole day’s, week’s or month’s healthy eating. “Well, my diet’s been broken now, might as well let loose for the rest of the day.” Then we go on to have the unhealthiest day of stuffing our faces in months. What’s next? “You know, might be a good idea to relax a little. I’ve been on a diet for xx months now, anyway.” And half a year later, we’re still relaxing.

While it may be true that one sour drop into the pot ruins the whole soup, this metaphor doesn’t extend to dieting and eating cheat meals. After all, it’s a cheat meal, or cheat day, not an abandon-all-diet-milestone meal.

It could be hard cutting down the amount of food we consume every day. It gets even harder when we combine cutting and eating healthier. A bag of BBQ chips is simply much more satisfying to eat than a handful of nuts—there’s no doubt about it.

As a result, many end up craving for more gratification of our palates after consuming our daily fill of food. But then we need to be healthy, so we eat much more vegetables, fruits, or meats. Linking back to the eight on this list, everything good is only good in moderation.

Too much greens will impact our bowel system, fruits have a tone of natural sugars in them, and meats tend to have cholesterols and are hard to digest. Even if we eat more of all of these, we end up eating much more calories than we need, and we start to put on weight, raising risks for all kinds of nastiness in the future.8

In short, even with a healthy diet, our own eating behaviors—that is, habits—that kicked us into needing a diet in the first place still plays a very crucial rule in keeping not just a nice-looking physique, but a truly healthy body. What are your longest-lasting eating habits? Any of these hit close to home? Maybe it’s a sign for a change.