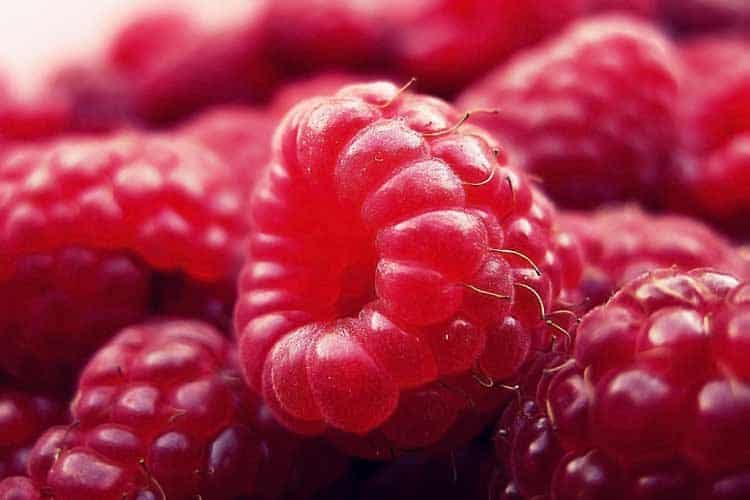 What is the glycemic index of red or black raspberries? Be careful, because there is a lot of misinformation out there about this topic.

The first result in Google claims a GI of 32 for a 150g serving of red raspberries, but provides no source.

We can’t find that number anywhere else (and hours were spent looking). Whether intentional or not, it appears fabricated. 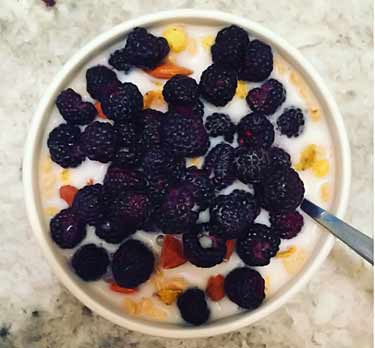 That’s hilarious, because they’re claiming a higher GI for less than half the serving amount as the first website (GI of 32 for 150g versus 40 for 75g).

For those listing the GI as 40, at least they reference a source. The problem is that the source they cite never measured them!

The International Table of Glycemic Index and Glycemic Load Values only has one food related to this fruit, which is ConAgra’s pre-mixed raspberry smoothie (1) (2). That has a GI of 33 for a 250 mL serving, if you’re curious. But obviously, it’s no comparison for plain frozen or fresh raspberries.

In the PubMed database, you can search the nearly 30,000,000 entries of medical research. Not a single one discuss the GI or glycemic load for raspberries. While not citing a number, some papers do generically categorize them as being a “low glycemic” food, along with similar fruits such as strawberries, cranberries, blueberries, and blackberries, but they don’t give an actual value or even elude to knowing that info (3).

The University of Sydney has long been the academic leader in this field, studying which foods are best and worst for diabetes and frankly, all of us. They maintain and regularly update the International GI Database and it does not have an entry for this fruit.

They do have entries for 21 foods containing it, including the aforementioned smoothie drink, various brands of yogurt, ice cream, and jellies (4). But nothing for just plain red, yellow, or black raspberry.

So why is there no glycemic index number or glycemic load for raspberries? Here’s what the University of Sydney says in the FAQ for their database (5):

“Why doesn’t the GI of beef, chicken, fish, tofu, eggs, nuts, seeds, avocados, many fruits (including berries) and vegetables, wine, beer and spirits appear on the GI database?

These foods contain no carbohydrate, or so little that their GI cannot be tested according to the standard methodology. Bear in mind that the GI is a measure of carbohydrate quality. Essentially, these types of foods, eaten alone, won’t have much effect on your blood glucose levels.”

So there you have it… it hasn’t been measured, nor will it.

The glycemic index scale measures were not designed for those types of foods. Calculating the glycemic load for red raspberries wouldn’t be easy either, considering the average serving size.

Does that mean they’re a free pass? Sorry, they’re not.

Even if minimal, what’s the effect?

Make no mistake about it… all carbs will impact your blood sugar to at least some degree. Even red and black raspberries, especially if you are eating a lot of them.

Since the GI scale was not designed to measure how much berries raise blood sugar, you will have to turn to a different methodology. The best way to find out will be a blood sugar test. You can measure out a serving of berries and then use a meter to test your levels afterward and compare that with your baseline.

While not specific to raspberries, blood sugar will start to rise anywhere from 15 to 30 minutes after your first bite. When it peaks will depend on how quickly the carbs can be digested.

Refined sugars hit much faster than a balanced meal containing fiber, protein, and fat. The peak blood sugar level may be anywhere from 1 to 2 hours after you begin eating.

One of us here at Superfoodly has a friend who is a life long type 1 diabetic. As a kid, his grandma often gave him raspberry fruit popsicles, because his blood sugar levels seemed to respond reasonably to them. Not proof, but just an interesting observation.

If you choose to check, we would love for you to share your results in a comment below! Please make sure to mention the weight/serving size of the berries and the time(s) afterward in which you measured. The quantity consumed can make a big difference in the results!