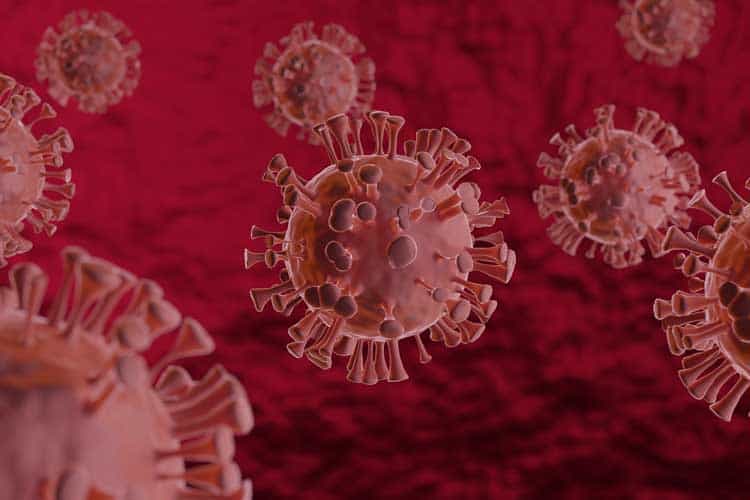 In light of the COVID-19 coronavirus pandemic, suddenly the benefit of being a virucidal is the new thing everyone is asking about.

Everything from the usual suspects like garlic, to the not-so-usual like tea tree oil antiviral properties, are previously obscure topics which are now front and center.

However be warned that while some of these foods and natural products may have demonstrated antiviral activity in research, none have been proven effective for preventing or killing viruses in real-world conditions.

In other words, we present this information for educational purposes. Turmeric (and curcumin derived from it) should NOT be used for the prevention or treatment of any viral infection.

First off, it’s important to differentiate between these.

Antiviral refers to something that directly destroys or damages a virus and/or its ability to replicate.

Immune-stimulating refers to something that doesn’t directly impact viruses, but it may positively affect the host body’s ability to fight viruses.

Let’s focus on the first, the apparent antiviral activity seen with turmeric powder and its derivatives in research. 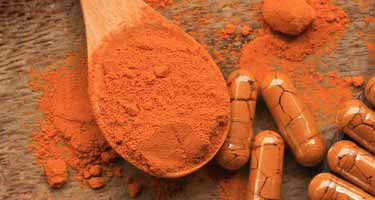 Turmeric (Curcuma longa) is a flowering plant in the same family as ginger. While most in the Western world think of it as a spice, perhaps for Indian food, the fact is that it’s one of the most researched plants for medicinal purposes.

However, research on pathogenic infections is quite minimal compared to other potential benefits, like its anti-inflammatory effect.

Research on viruses in general

Curcumin has been researched on many viruses in the lab. Most are common, like herpes, influenza, HPV and stomach viruses (norovirus), while others are more rare, like HIV and the Ebola virus. (1) (2) (3)

A number of pieces exist on herpes simplex virus. No surprise, given that it’s a commonly used virus in lab studies. Because unlike something more deadly or exotic, there isn’t fear of it escaping the lab and causing a pandemic.

For example, as published in the medical journal Antiviral Research, experiments have found that curcumin – which is the main bioactive compound in turmeric – may have direct antiviral activity against herpes.

Curcumin inhibits the redox activity of APE1, which is a multifunctional protein that plays an important role in the cellular response to oxidative stress. Even at very low doses in the parts per million, curcumin appears to influence this. 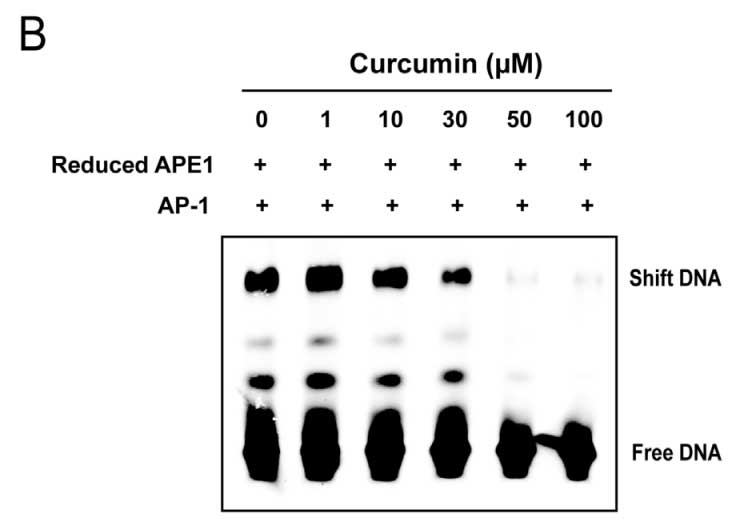 Now this is a widely-known effect, but whether it has antiviral benefits is less known.

These researchers found that curcumin, through inhibiting the APE1, interfered with the replication of the Kaposi’s sarcoma-associated herpesvirus (KSHV). That’s because the viral replication is dependent on APE1. 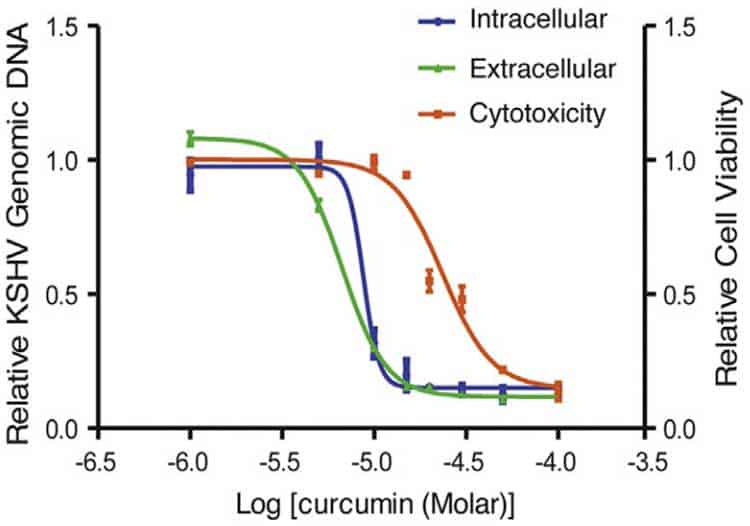 By interfering with the gene that expresses ACP1, the ability of this virus to reproduce is interfered with. (4)

Now the above is from 2019, so a relatively new finding. Prior to that, much of the research focused on the immune-stimulating effects.

For example, in rodent research with the influenza A virus, it was found that turmeric suppressed the inflammatory response to the infection, which in turn, helped the animals cope with the disease better (but turmeric was not actually killing the virus directly). (5)

That being said, there is research on curcumin and the flu which suggests it might directly harm the virus. 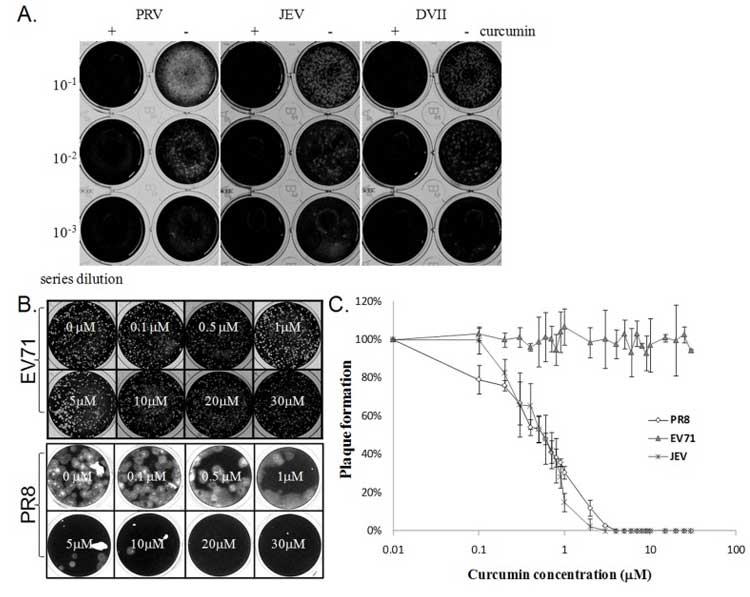 In 2013, Chinese scientists reported that “curcumin disrupts the integrity of the membranes of viral envelopes and of liposomes.” This is seen above. (6)

When you search the US government’s NIH PubMed database for the keywords curcumin virus, you get 293 results.

When you search curcumin coronavirus, only 5 results. Just 2 are for COVID-1 coronavirus.

The earliest, published in May 2020, is about the theoretical binding mechanism of curcumin, for possibly inhibiting COVID-19’s main protease. (7)

After that, in a June edition of a medical journal, researchers out of Saudi Arabia and Egypt reported this on the subject matter:

“In conclusion, molecular modeling tools were used to compare the Mpro of the recently evolved COVID-19 and the previous two coronavirus epidemics SARS and MERS CoV. COVID-19 Mpro was more phylogenetically related to SARS Mpro. After a virtual screening capmain against COVID-19 Mpro, a set of antivirals, vitamins, antimicrobials, and other systemically acting drugs were more potent binding with COVID-19 Mpro, compared with curcumin (known Mpro inhibitor). The repurposing of ribavirin, telbivudine, vitamin B12 and nicotinamide is suggested.”

In plain English, curcumin is a known Mpro inhibitor. Mpro is a key enzyme of coronaviruses and as Nature reports, it “has a pivotal role in mediating viral replication and transcription, making it an attractive drug target.” (8)

So while curcumin did inhibit, the researchers reported that nicotinamide and other compounds might be more potent.

Perhaps most interesting is the research that was published in 2007.

It was out of Taiwan and did not use the COVID-19 coronavirus (obviously) but a very similar coronavirus; severe acute respiratory syndrome associated coronavirus (SARS-CoV). Better known as SARS.

In the study, 221 plant-derived compounds were tested for antiviral activity against the SARS virus.

Of the 221 compounds, 20 of them “exhibited significant levels of anti-SARS-CoV activity at 10 uM.” These included terpenoids, lignoids, and yes, curcumin.

They tested these compounds on Vero E6 cells. That’s a line of cells used for research which were originally derived from the kidney epithelial cells of African green monkeys. Although not human, a better comparison than rodent.

Proteases are enzymes encoded by the genetic material of viruses.

While the protease inhibition of the virus could indeed be demonstrated, it was believed that some of the compounds had additional antiviral mechanisms which are yet to be identified.

For example, they speculated that betulinic acid, which was one of the most effective, might be blocking the SARS-CoV fusion of the virus to the host cell. They proposed this because the spike protein was similar to HIV, which had been seen in earlier research.

Even though butulinic acid was an even more potent virus killer in this study, they reported it has low oral bioavailability; 0.7% for oleanolic acid, which is the precursor of it.

That’s probably why they shied away from crowning a winner, even though the data clearly showed large variances among these 20 compounds.

Ultimately, this was the final paragraph of the paper:

“In conclusion, 20 phytocompounds, including the abietanetype and labdane-type diterpenes, lupane-type triterpenes, liganoids and curcumin, were selected from 221 compounds to undergo a more detailed characterization of their anti-SARSCoV activity. These phytocompounds were shown for the first time to exhibit significant and specific anti-SARS CoV activity and thus provide a new direction for development of anti-SARSCoV agents.”

There might be potential for curcumin and turmeric spice to have some antiviral activity against COVID-19 but it’s never been tested in humans or animals. The best evidence we have is for the SARS virus and even that is extremely preliminary, with merely a couple lab studies. (9)

In short, while these findings might show potential, we want to emphasize that you should not take curcumin supplements to treat, prevent, or cure any disease. That includes viral infections. There is not evidence they can help. What happens in a Petri dish may or may not work in a human body.

Plus, just because a given substance might possess antiviral benefits, that doesn’t mean it possesses them to a degree necessary to prevent an infection or lessen it.