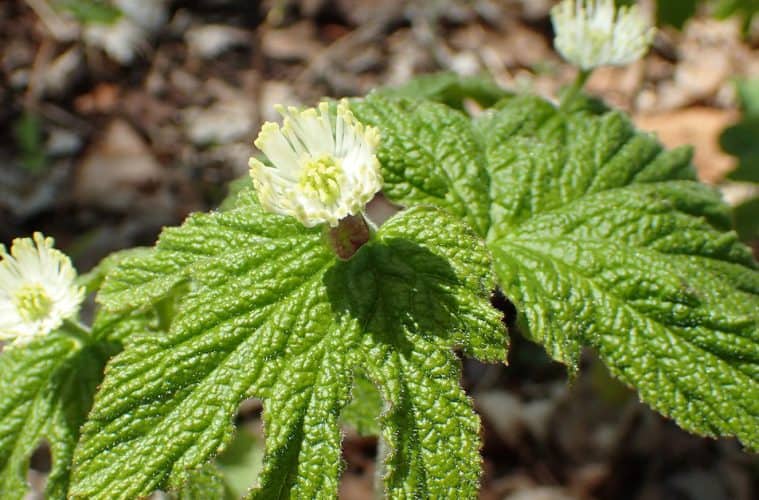 Is Goldenseal an Antibiotic?

Goldenseal is a popular herbal medicine in the U.S. that is often combined with echinacea to prevent and treat colds and cold symptoms. However, there is little scientific evidence to suggest that it works to treat colds or any other conditions.

Regardless, Goldenseal is often believed to kill bacteria and is used as a remedy for eye infections, urinary tract infections (UTIs), diarrhoea, vaginitis, and canker sores. Within Goldenseal there is a substance called berberine which does in fact kill some bacteria and fungus in scientific studies, but its ability to kill germs within people is yet unknown.

Goldenseal has also reached popularity due to rumours that the herb can help block positive test results for illegal drugs. However, several scientific studies have disproven this myth already with a significant amount of evidence. Below is a brief description of what Goldenseal is and the related uses it may have.

What is the Goldenseal Plant? 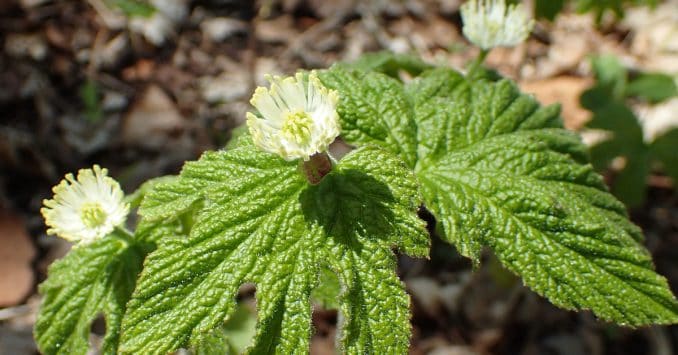 The Goldenseal plant is a small single stem plant covered in tiny hairs. The plant has two jagged 5 lobed leaves, tiny flowers, and raspberry-looking fruit. The plant is edible and tastes bitter with a bright yellow or brown root that appears twisted and wrinkled. Goldenseal is usually found in the wild, growing in rich, shady soil in the northern United States.

What is Goldenseal Made of? 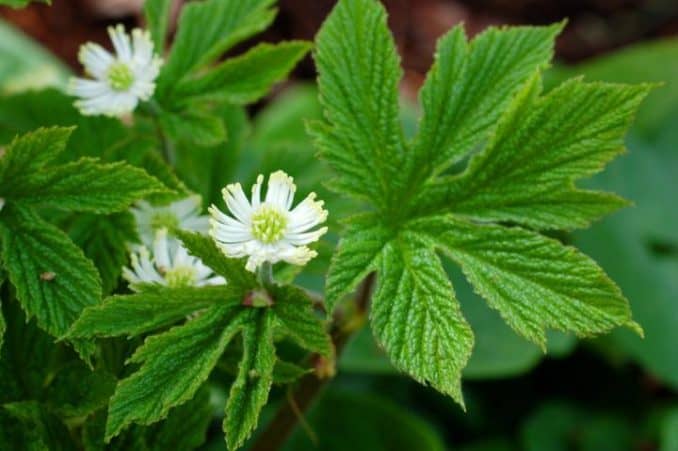 The prized part of the Goldenseal plant is the compound known as berberine which is shown to kill bacteria in a test tube environment. Berberine has been shown to kill bacteria related to diarrhoea, yeast infections, parasites, and tape words. Further, berberine is believed to activate white blood cells, potentially improving the body’s immune response.

Berberine itself has been known to be used as an antibiotic, although it has not been proven to work in people. Despite conflicting results, berberine has been used to treat urinary tract infections (UTIs) and heart failure. However, experts believe that the berberine found in Goldenseal cannot be properly absorbed when taken orally and gives people negligible health benefits.

What Medical Uses Does Goldenseal Have? 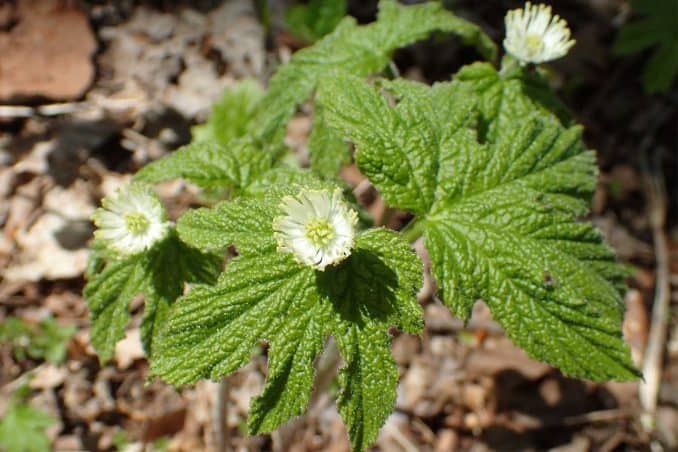 Scientists have not had success confirming the proposed health benefits of Goldenseal. Despite the overwhelming evidence, Goldenseal is still prescribed for several medical uses. Here are a few of the uses people will use Goldenseal even though no benefits have been proven by any legitimate scientific study.

Currently, Goldenseal is sold to mainly help with digestion problems, soothe upset stomachs, and kill bacteria (although not proven by scientific research in humans). Goldenseal is considered by some to be a natural antibiotic, especially when combined with echinacea, and is believed to show boosts in immune health.

Despite its use as an antibiotic and immune booster, only one study has proven that Goldenseal might have minimal impact on improving white blood cell responses. However, readers should know that the study was not well designed and has not been replicated since. 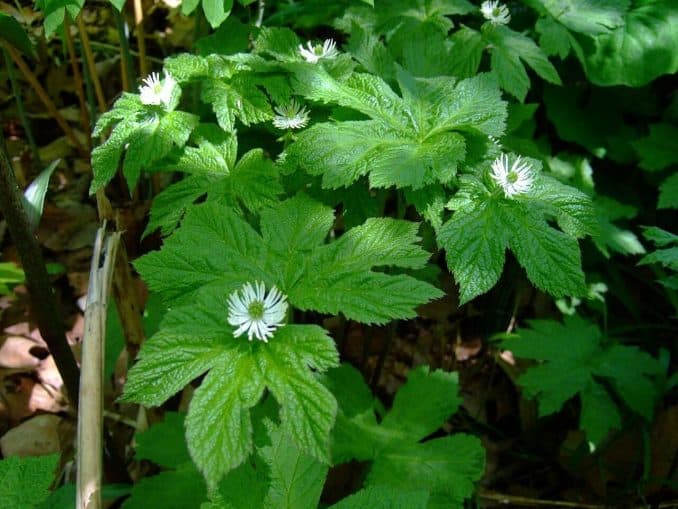 Goldenseal has been proven to kill germs and bacteria in test tubes. Because of this, some people will use Goldenseal to treat open wounds such as cuts and scrapes. However, there is no scientific evidence that Goldenseal can be used as an antiseptic on humans following several scientific studies. 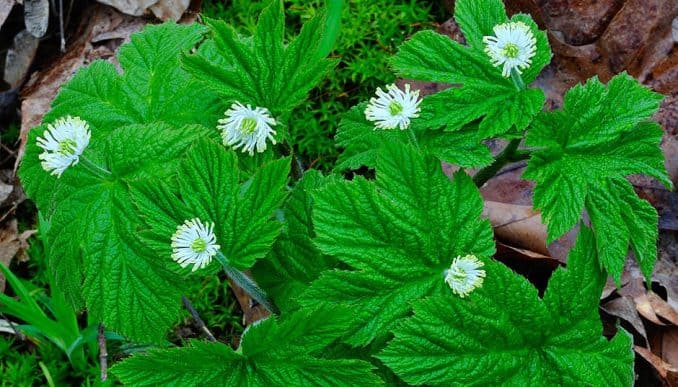 Goldenseal has other popular uses besides the ones listed above, however, none of these uses have been proven effective by scientific study. Regardless, people have been known to use Goldenseal to treat skin wounds, infections, eye infections, mucous membrane issues, sinusitis, urinary tract infections (UTIs), and pink eye. Further, Goldenseal has been used as an ingredient in mouthwashes because it is believed to offer relief for sore throats and canker sores.

There are little to no scientific studies that have proven Goldenseal’s usefulness in aiding symptoms and illnesses in humans. Some people believe Goldenseal does have healing properties because berberine is found in the Goldenseal plant.

Further, berberine is believed to dilate blood vessels to help with heart failure. However, when taken orally, Goldenseal has little berberine that is absorbed in the human body. Therefore, it’s impossible to say if any of these uses are valid.

What Forms Does Goldenseal Come In? 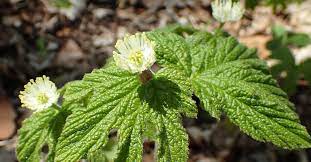 However, there is no scientific evidence to show that Goldenseal has any health benefits. This is especially true when Goldenseal is taken orally since the berberine in Goldenseal has little to no impact when ingested orally. This should be known since all commercially available forms of Goldenseal are provided in capsules or droplets which are meant to be taken orally.

How to Take Goldenseal 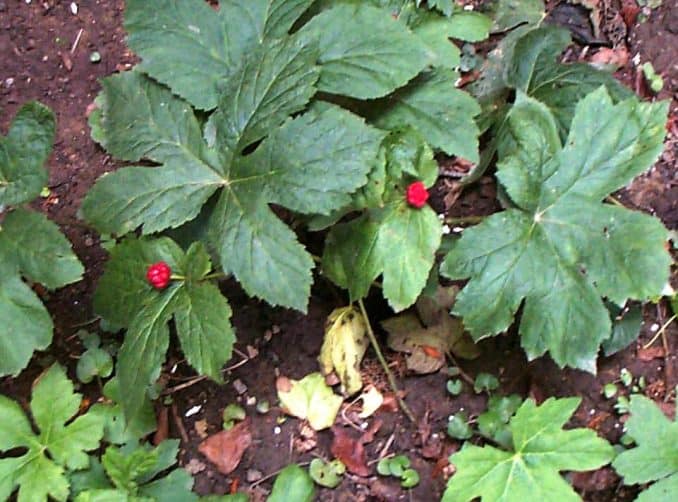 Goldenseal is not recommended to be used in children unless a doctor says so. Further, Goldenseal should NEVER be given to infants and toddlers. Additionally, there is no scientific evidence that Goldenseal is an effective treatment for any health symptoms or issues.

For use in adults, Goldenseal can be taken orally. In general, users mix capsules or droplets with another liquid such as water to easily ingest it or use it as a mouthwash. Further, Goldenseal can be mixed with water to be used as a skin treatment or a vaginal douche. However, there is no scientific evidence to suggest that Goldenseal is an effective treatment for any of these purposes.

When Precautions are Necessary 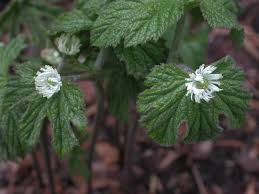 Because Goldenseal has no evidence supporting any of its medical claims, people should be cautious before using it. Therefore, it’s best to always seek medical advice from a licensed medical professional that can properly assess any medical issues you or a loved one may be experiencing.

Despite evidence of the contrary, people have been known to use this herb to strengthen the body and its immune response. However, herbs are known to commonly contain compounds that can trigger side effects, especially for individuals who are already taking other medicines, herbs, supplements, or have serious medical conditions.

Women who are pregnant, breastfeeding, or trying to become pregnant should not ingest Goldenseal in any form. Because there is little scientific evidence on Goldenseal, using the plant for any purpose, whether as an oral remedy or skin treatment, is strongly discouraged by women who fall under this category.

People who experience high blood pressure, heart disease, or liver disease should strongly caution using Goldenseal orally or topically. While Goldenseal has been used by some people to treat heart failure, anyone who suffers from a heart condition should seek medical advice from a licensed medical professional.

Goldenseal is known to irritate the skin despite topical treatments being one of the most common uses of the plant. Therefore, anyone experiencing skin irritation, mouth soreness, throat soreness, or vaginal irritation should not use Goldenseal. Further, anyone who suffers from light sensitivity in the eyes or on the skin should avoid using Goldenseal.

Anyone who takes medications regularly should consult their prescribing doctor before using Goldenseal. Because there is hardly any scientific research on Goldenseal, people in this category are strongly encouraged to seek professional medical advice from a licensed medical professional before taking any form of Goldenseal. 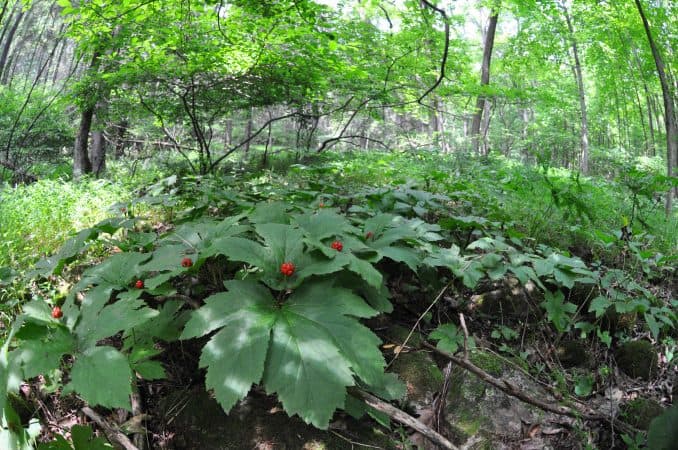 Because berberine is a major compound found in Goldenseal, the berberine itself may interact with other medications. If you take medications of any of the following, you should consider not using Goldenseal for any purpose:

Cyclosporine: Goldenseal is known to potentially increase levels of cyclosporine in the body, resulting in medical issues.

Digoxin: Goldenseal can potentially raise blood levels of digoxin to dangerous levels. This is a common ingredient in heart medications.

Tetracycline: Goldenseal may cause antibiotics not to work properly.

Anticoagulants (blood thinners): Theoretically, Goldenseal could increase thinning of blood, raising the risk of harmful bleeding for those who already take blood thinners.

Despite its widespread use, the health benefits of Goldenseal are not proven by any scientific study. Therefore, you should consult a licensed medical professional before considering using Goldenseal to treat any medical condition as it may have an adverse effect on people.