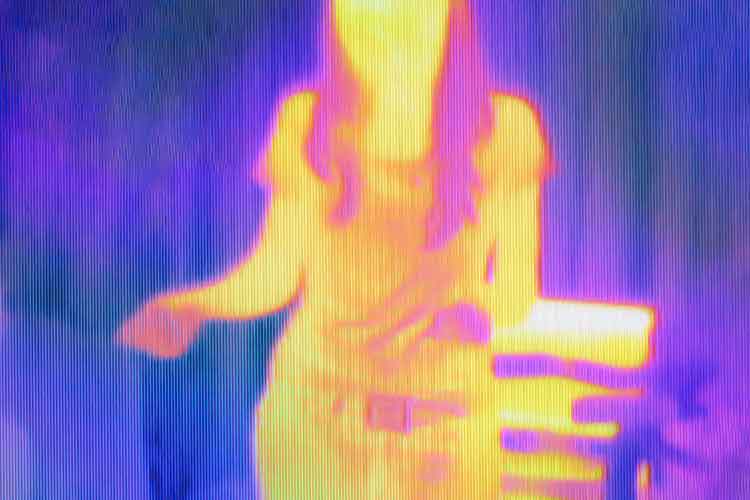 Do we have more than 5 senses? It was Aristotle during the 4th century before Christ who has been credited with classifying the 5 senses in his book De Anima (On The Soul).

This number has continued to be used ever since. In Romeo and Juliet, Much Ado About Nothing, and his other famous works, Shakespeare would use the five wits and five senses. Their meaning was sometimes said to be synonymous, but the difference was that the 5 inward wits were for internal thoughts/mind power, while the 5 outward wits were what we today call the senses.

Are there more than 5 senses? Possibly.

Some scientists and neurologists argue we have more… many more, in fact. Whether humans have 6 senses, 9, or an even greater number is highly debated and for the most part, controversial. 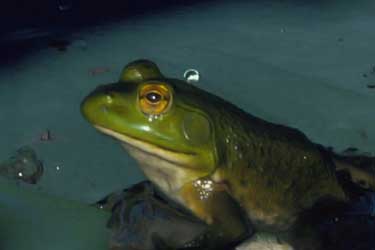 Thanks to a gene that’s turned on and the presence of vitamin A2 in their eyes, fresh water fish and amphibians can often see infrared light. During WWII, the U.S. Navy was said to experiment with this (more on that below).

Most of the controversy is not if a benefit exists, but whether a separate classification is needed. For example, if thermoception – the ability to detect hot and cold – is simply a sub-category of touch or whether it deserves to stand on its own.

Others are more controversial. There are senses which were thought to only occur in animals, even though some humans appear to have them.

So what does all of this have to do with eating food, nutrition, and your health?

Food may look good (sight), have a pleasing aroma (smell), be delicious (taste), and feel a certain way (touch). The crunch of an apple even stimulates your ears (hearing). Those are the official 5, but as you will see in this extended list, it may be triggering other sensory reactions, too.

Regardless of what their “official” labels are, the other sensations and how your diet, exercise, and lifestyle affects them are important things to consider.

What are the 5 senses in humans? 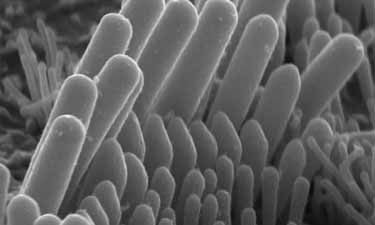 Most sources say this is how many human senses there are. No one debates we have these five.

Many people consider extrasensory perception (ESP) to be the sixth sense, which by definition means receiving information that does not come through the recognized senses, nor is it internally created (e.g. imagined). However, that’s a can of worms we will have to save for another time.

How many senses do we have and what are they? Whether any of these actually qualify as a sense is of course highly debated, but without further ado here they are for you to judge and categorize as you see fit.

Bats, whales, and some other animals use biosonar to interpret their surroundings. They do this by emitting a sound and then interpreting how it echoes against objects and the environments. Using this information, they create a 3D picture in their mind.

Officially, humans don’t have this ability… or do we?

A number of completely blind people successfully use echolocation. A couple famous examples include “the batman from Belgium” Tom De Witte, who learned from Daniel Kish, seen in this video…

Is time a sense? There are many theories, but no one knows for sure how time perception works.

Many assume it’s the brain, but researchers have not been able to find a single part of the brain that keeps track of time. In fact, studies with rats have shown that even after their entire neocortex was removed (which is responsible for sight and sound) , they still demonstrated the ability to track time accurate to 40 second intervals (2). 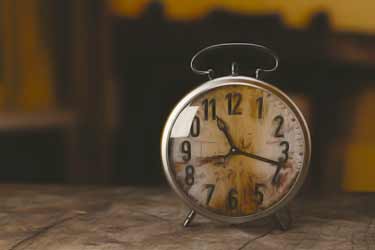 Nor is time something that every life form has, at least to the same degree. For more primitive animals, living “in the now” with disregard for past and future aids their survival. Their ability to sense time much beyond that is murky at best.

In humans, research at University College London found that perception of time can differ quite a bit from one person to another and outside stimuli can speed it up or slow it down (3). That would suggest we don’t have hardwired clocks, but rather some sort of “sense” which tells us time.

Many marine animals and invertebrates rely on a statocyst for how to detect balance.

On the other hand, humans and most land animals have the vestibular system to detect motion, equilibrium, and spatial orientation. It is in the ear, but separate from the parts involved with hearing. That difference, along with the fact that some people have better balance than others (think athletes), is why many believe it should be categorized by itself. 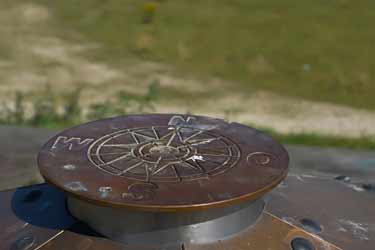 The ability to detect Earth’s magnetic north pole and use it for navigation is found in birds, bees, and even cattle. Is there a role for magnetoreception in human navigation?

That last sentence was actually the title of a research paper from over 20 years ago coming out of the anthropology dept. at the University of Hawaii (4).

Humans’ magnetic sixth sense (or whatever number you want to give it) has been debunked before. However in 2016 a geophysicist at Caltech claims to have found it in humans (5).

Of course, much more studies will need to be done to take it out of the “myth” category.

As to how magnetoreception works, even in animals that do have it the mechanism is unknown. One theory involves iron mineral deposits, which act as a sensor for the north pole. Magnetite deposits have been found in the human brain (6). Whether we use them for anything is the unanswered question.

This is the ability to know where parts of your body are located, even without seeing them. For example, this is how it’s possible to type on your keyboard (without seeing your fingers) or drive a car (without looking at your hands and feet).

How does proprioception work? No single organ is responsible. Rather it is your nervous systems’ ability to detect tiny amounts of movements within the joints. Is that the same as touch or should that count as a newly discovered sense? 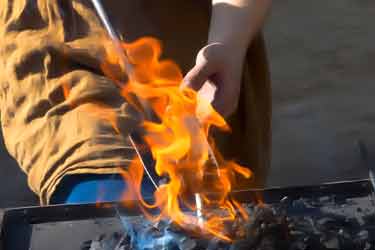 When we think of touch, we think of the tactile feel of something. Often it’s on our hands, but really can be on any part of the body, or even inside the body, like a toothache or sore back.

Since temperature is about how hot or cold something is, it really has nothing to do with texture. For that reason, many argue it should be listed separately.

This is the most controversial on the list of senses claimed by some; the ability to see infrared light.

For humans, the visible spectrum of light is said to be around 390 to 700 nm. Right below that is ultra-violet and above that is infrared, which begins at 700 nm and goes to 1,400 nm for IR-A (next is IR-B and IR-C, both of which go exponentially higher, according to CIE range designations). 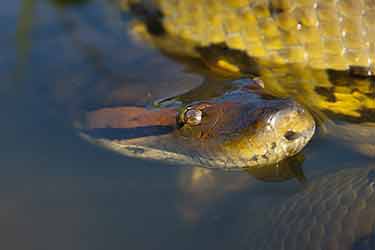 Many animals see infrared light, but few see it with their eyes. For example, a green anaconda (Eunectes murinus) is able to “see” the heat of other animals thanks to a pit organ near its upper lip. Kind of like how we combine taste and smell to create flavor, it has been theorized that snakes also overlay the heat data with what they’re visually seeing and interpret both together.

On the other hand, some animals do see infrared with their eyes. Plenty of insects, fish, and amphibians fall into this category. But to be clear, they are not seeing thermal/heat energy, which begins at around 10,000 nm. They don’t have eyes like the cyborgs in Terminator. These animals can see in the infrared-A range of 700 to 1,400 nm, which gives them substantially better night vision.

But is it possible humans can see in the infrared A range too?

Researchers have found that whether a species of fish or frog can see infrared depends on:

Guess what? We also have a human version of the cyp27c1 gene, but it’s turned off in our eyes (7). In theory, could a gene mutation cause it to be turned on in some people?

Even if it was turned on, the A2 would still be needed as a photopigment in order to see the infrared. 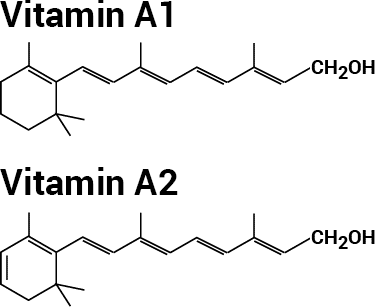 What is vitamin A2? It’s fairly similar to normal or regular vitamin A (vitamin A1), except that it has a different spectrum of UV absorption. Freshwater fish and amphibians like frogs have vitamin A2, while mammals and saltwater fish have A1.

These freshwater fish also have A1 in their eyes, but how much A2 they have is higher in ratio.

In addition to these, there’s even a third type. Vitamin A3 is found in insects and crustaceans. Even less research has been done on A3.

The U.S. military experimented with giving natural food sources of vitamin A2 to sailors during World War II. They wanted to see if it would boost their ability to see in the dark. As to what the sources of food were is unclear, though we did find other research from 1938 which talks about using pike liver oil (8).

Whatever the case, we’re guessing frog eyeballs weren’t on the sailors’ dinner menu. The Navy was probably using some sort of vitamin A2 supplements derived from freshwater fish.

Reportedly the introduction of these A2 photopigments did produce benefits for the sailors’ night vision. It’s unknown whether any were actually seeing within the infrared range, or just experiencing an improved ability to see in the dark. Though along with the vision benefits, reportedly there were bad side effects. Vitamin A (as in, A1) is an essential nutrient humans need to survive. There’s a reason we don’t need the A2 kind, we are not frogs!

The studies didn’t last long and it has been said they were stopped because of a new invention; infrared scopes.

Then a few years ago the idea was re-hashed, as there was a crowdfunded campaign which raised over $4,000 to buy vitamin A2 and conduct their own experiments with it. They claimed to report some success (9). Studying it for more than a few months seemed to be unfeasible, given that they claimed the daily dose worked out to be about $25 for 1.6 mg. Even $1,000 supposedly only paid for a “fingernail-sized drop of oil.”

But even ignoring the whole A2 controversy for a moment, which is unproven and not safe for humans, there is plenty of other research spanning different decades which claims that in our normal state (without any supplements or biohacks) humans can actually see infrared. Though apparently it’s not experienced regularly enough to be counted in the human spectrum.

“It was found that the eye could respond to radiation at wavelengths at least as far as 1064 nm.”

950 nm is the infrared wavelength your TV remote operates on. Maybe you can see it, but we can’t.