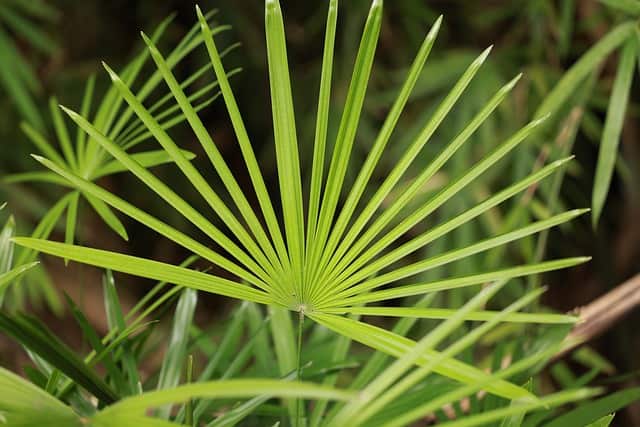 Can You Take Too Much Saw Palmetto?

Saw Palmetto is an herb from the Dwarf Palm Tree. Throughout history, Saw Palmetto has been used medicinally for many issues. The most common would be urinary tract issues due to an enlarged prostate in men. However, it has been used by women also for chronic pelvic pain, both the male and female reproductive organs, migraines, hair loss and coughs due to other diseases.

Saw Palmetto is now a supplement that comes in both liquid extract and capsule form, and is available wherever supplements are sold. Is Saw Palmetto a safe dietary supplement? Does it help these previously mentioned health conditions? There have been two large, independent Scientific studies done.

The National Institutes of Health found no significant difference in the health conditions of people whether it was the actual dosage of Saw Palmetto, or a placebo given. Other studies have shown there could be some health benefits for men with enlarged prostate, or BPH.

Those studies were not of high quality standards so can not necessarily be trusted. There is not enough research to prove or disprove any claims of Saw Palmetto helping any other conditions. 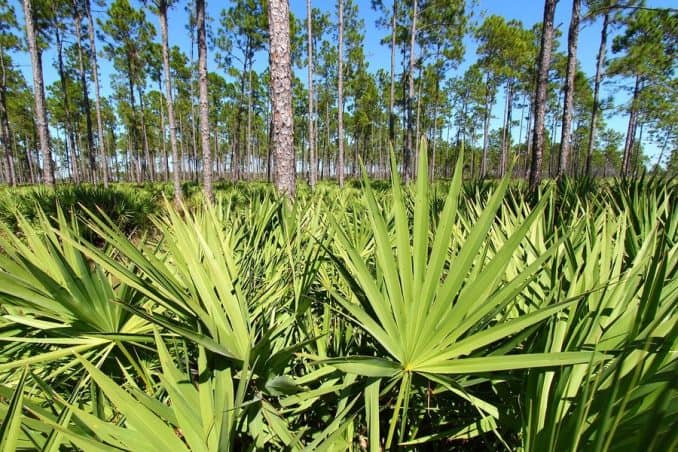 There was no conclusive evidence that Saw Palmetto changed any of the readings pertaining to the Prostate specific antigen levels. This includes when higher doses of Saw Palmetto were given also.

The studies were performed in regards to BPH, specifically in men. Very little is known as to how the Saw Palmetto will affect women and children, or if it helps any conditions the females or children have shown.

Saw Palmetto does not appear to interact with too many other medications. However, it is believed that Saw Palmetto is unsafe for pregnant women.

It is known that Urinary Tract infections could be caused by many situations, including Prostate enlargement. It is always best to speak with your Medical Care Team if you are experiencing symptoms related to Urinary tract infections or Prostate issues before using Saw Palmetto. 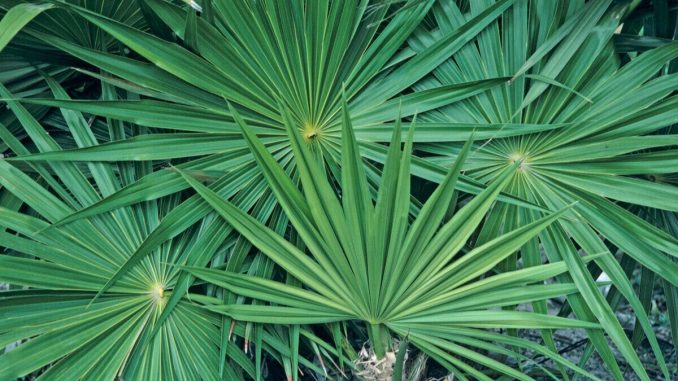 Other than enlarged Prostate, as mentioned above, Saw Palmetto has been used historically for many other issues. Some of these include:

Naturopaths and those who practice alternative medicine are staunch advocates stating that Saw Palmetto, in either form, is beneficial to treat not only enlarged prostate, but also hair loss, stress and other infections and sore throats.

To be clear, there is not enough Scientific evidence to prove or disprove these claims. 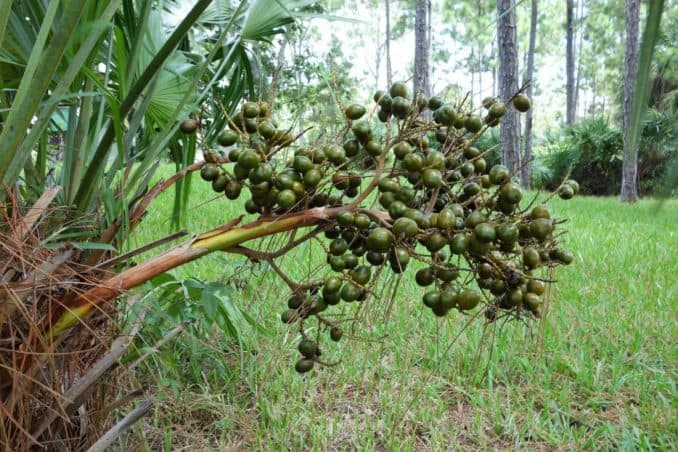 The amounts that are given for enlarged prostate, otherwise known as BPH, would be 2 doses daily, each of 160 milligrams. The dosage will vary when the liquid extract is used instead of the capsules.

There are no guidelines for dosages other than for BPH. It is highly important to speak with your physician before starting any supplements. 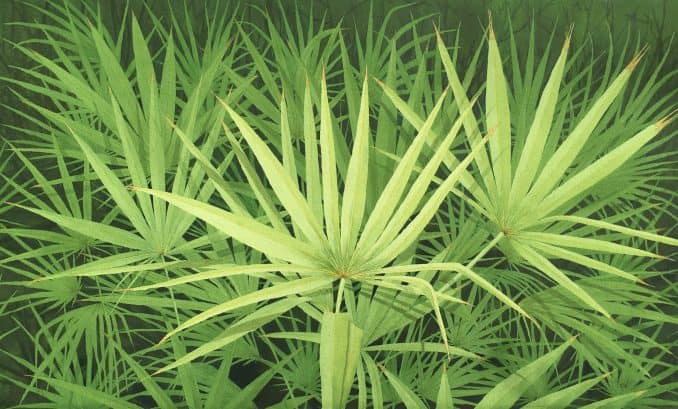 Like all supplements, Saw Palmetto does have a risk of side effects. As previously mentioned digestive issues such as an upset stomach, constipation or diarrhea. There could also be headaches, vomiting, dizziness and bad breath.

Some men  have had to speak with their physician after taking Saw Palmetto. The issues they experienced include tenderness in the breasts, breast swelling and growth, pain in the testicles and erection problems. 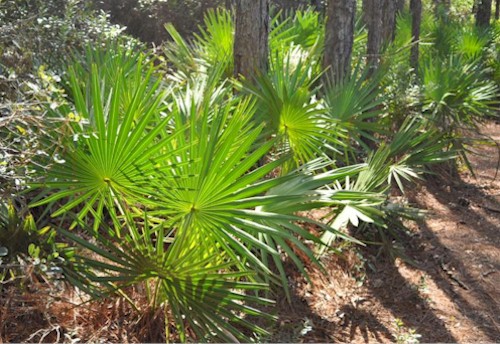 When taken in conjunction with Aspirin, NSAIDS, hormonal medications and blood thinners, there could be negative interactions. Patients should speak with the Physician or Pharmacist before taking any of these medications.

When taken with garlic or ginkgo biloba, Saw Palmetto is believed to increase the risk of bleeding. There are also no conclusive determinations when it comes to pregnancy or breastfeeding. Further studies are needed.

Any person who has other known conditions or illnesses should speak with their Physician or Pharmacist before beginning a supplement of any type. As with other supplements, Saw Palmetto can increase blood pressure in the same way that caffeine, ginkgo, ephedra, ginseng and others do.

There is very little data in regards to drug toxicity for Saw Palmetto. This is largely due to the fact that Saw Palmetto is not a drug, it is the fruit juice extract from the Dwarf Palm Tree. In the few minor studies that have been performed thus far, Saw Palmetto has shown no toxicity when taken in large doses of up to three times the amount suggested. This does not mean that there are none, there is not enough research to definitively answer this.

One research study completed, the CAMUS Trial, showed no evidence of three times the level over an 18 month period of time. It is believed that Men who perceive a positive response from taking Saw Palmetto will continue to use it as a supplement. They may even begin to think that they are improving. This line of thinking gives powerful benefits to the Powers of Belief and positive thoughts.

In a Japanese Study completed, the Researchers from BGG, Beijing Gingko Group Biological Technology, along with Miura Clinic joined together to work in collaboration researching Saw Palmetto Oil. When used in doses that were more than six times higher than suggested. They found no changes in the following on any of the participants:

As seen, the results vary very little. The study showed that using Saw Palmetto Fruit Extract was indeed safe, under the conditions of the research studies. They also reported no new medical conditions were found.

As with any supplement and medication, take it as directed on the package or by your physician. Also, before starting any supplement, speak with your health Professional so that it can be determined if Saw Palmetto may have an effect on the medications you are currently taking.

While Saw Palmetto is a common supplement for Prostate issues, such as nighttime urination or decreased urinary flow, there is no definitive evidence that Saw Palmetto does help those with the condition.

Other conditions that there is no definitive research or evidence that Saw Palmetto will help include conditions such as:

None of these conditions have been shown to be helped by consuming Saw Palmetto. This supplement has not been approved as a medication by the FDA, the Food and Drug Administration. The Saw Palmetto should never be used in place of a prescribed medication.

You should also be sure to read the label and only purchase a brand that has been certified through the USP or the NSF. These two groups ensure that only the listed ingredients are in the product and also that there are no harmful levels of metal or other substances not listed.

How Should You Take It? 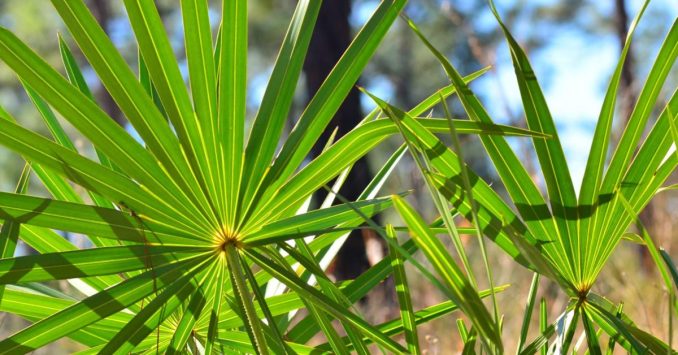 To begin, never start a new supplement without first consulting your physician or a practitioner who specializes in the knowledge of herbal remedies, naturopathic medicine. Follow all directions on the package. If you experience any nausea or upset stomach, try taking the supplement with food.

There is no evidence of overdosing on Saw Palmetto, however, consuming different formulations at the same time could lead to these problems that appear similar to overdosing. There is the chance that Saw Palmetto will affect the way your current medications function, that could lead to fatal issues such as heavy and uncontrolled bleeding if you are on a blood clotting medication.

If you experience any issues when using Saw Palmetto in combination with your current medications, discontinue the Saw Palmetto and visit with your Medical Practitioner. If you feel or suspect that you or someone else has taken too much, call the Poison Helpline at 1.800.222.1222. They will tell you what you should do.

Saw Palmetto is an herbal supplement, meaning that it does come from plants. They are taken for improving health and well being, and sometimes used as a therapeutic purpose. Since they are considered an all natural product, they are considered safe. However, there is always a chance of an Adverse reaction for the person taking the supplement.

This could be in the form of an allergy to the herb or the herb counteracts your current medication. Always speak with your Physician before beginning a new supplement or new medication if you take supplements. It is always wiser to be safe versus taking the chance that something negative is going to happen to you.