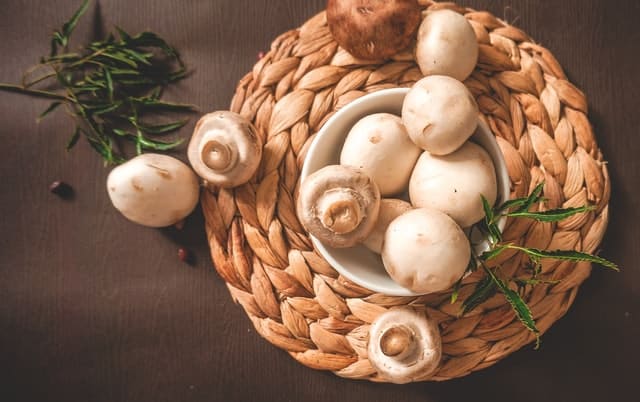 Can You Eat Raw White Mushrooms?

As the most cultivated type of mushroom, white mushrooms do have benefits and some negatives. Mushrooms can be eaten in a variety of ways. White mushrooms are very low in calories, and they also have health promoting benefits such as reduced risk of some cancers and improved coronary health.

When a white mushroom is fully developed, they are called Portabella mushrooms. 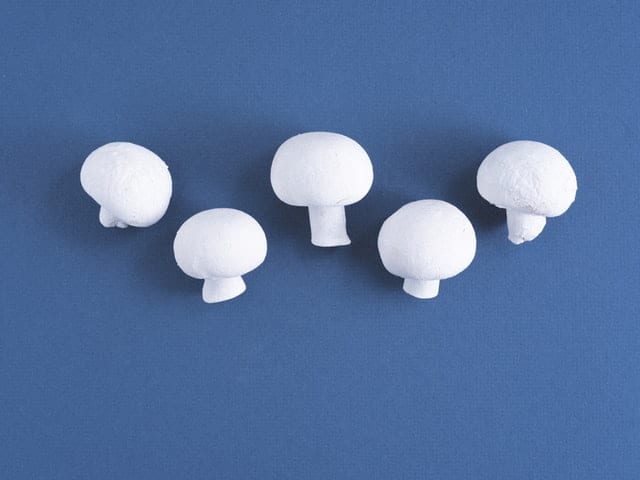 White mushrooms are available in a variety of types. They can be whole, sliced, powdered, frozen, canned or even dried. Mushrooms added to foods can add a subtle flavor to any dish. The white mushroom can be eaten raw, fried, boiled or baked, even roasted or grilled. 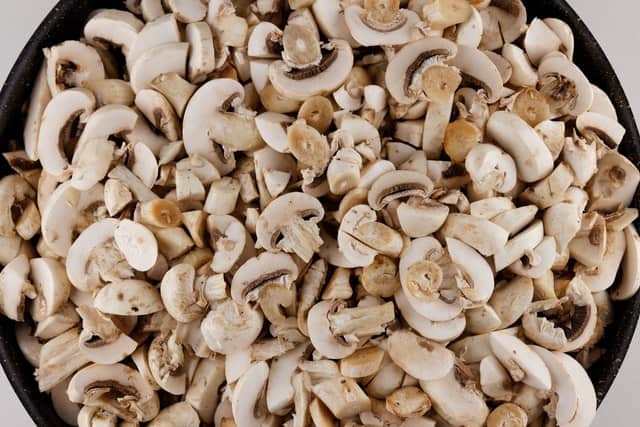 Low in calories, high in nutrients, almost like a superfood for your gut. There are only 21 calories in a serving, in which one serving equals one cup. They have no fat, are high in fiber, and contain Vitamin D, folate, protein, selenium and phosphorus.

They are a natural source of Vitamin D2, which turns to a form of Vitamin D, which helps to absorb calcium and maintain healthy bones. A deficiency of Vitamin D can lead to brittle bones, osteoporosis and muscle weakness.

Mushrooms also contain a higher protein amount than most vegetables. This would be beneficial to those who follow a plant based diet, as far as consuming a greater amount of protein. 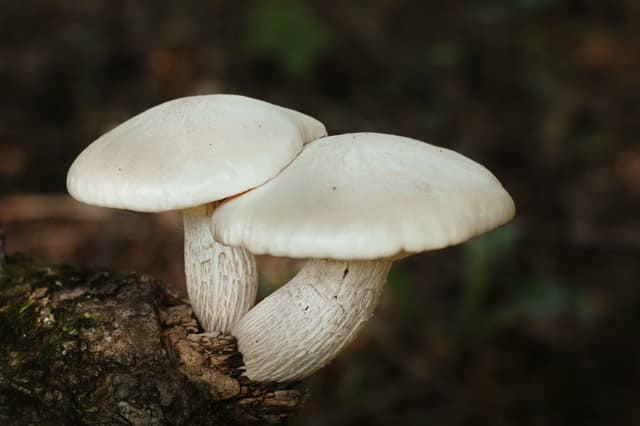 Being the most widely consumed mushroom, they are highly regarded as a main source of protein. Mushrooms are loaded with antioxidant compounds including Vitamin C and polyphenols.

The antioxidants help to combat the effects of oxidative stress which often leads to cell damage. When the cell damage escalates, it accelerates aging and increases the risk of heart disease and other coronary issues, along with certain cancers.

The main phenolic compound is flavonoids, which act as both antioxidants and pro-oxidants. As they form antioxidants they help to improve the survival of cells. When in pro-oxidant form they lead to the death of cells that cause certain cancers and they help prevent the growth of tumor cells.

Also found in white mushrooms is beta glucan. This stimulates your immune system to activate natural killer cells which protect your body from infections, diseases and other harmful organisms.

The Vitamin C and selenium found in white mushrooms inhibits the growth of certain enzymes which prevents many cancer cells from spreading. However, it must be made known that more research does need to be completed to provide definitive evidence of these claims. 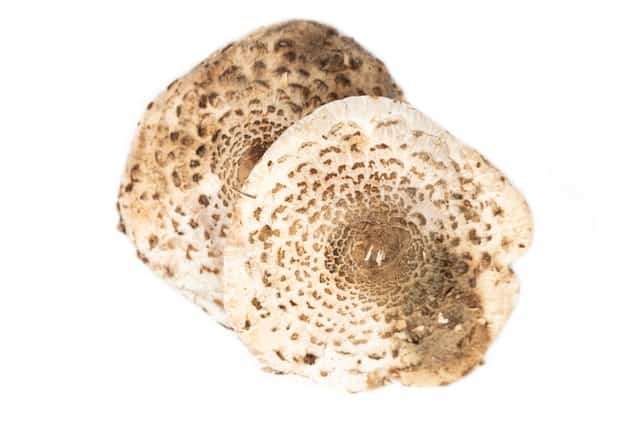 Blood Sugar Control: the polysaccharides may help to lower blood sugar and improve the insulin resistance.

Containing a good amount of fiber and prebiotics, these polysaccharides will actually benefit and improve gut health. 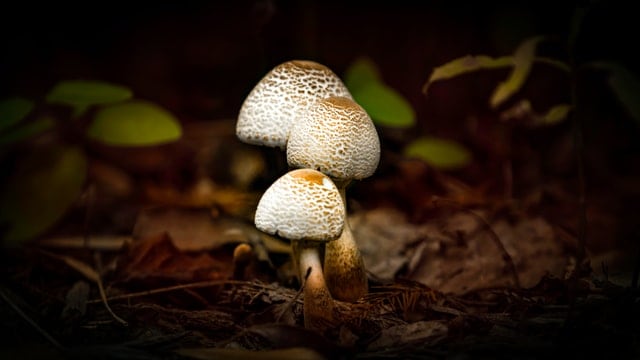 If this is not done, the texture could be slightly different. You can also use a powdered form of white mushrooms to enhance the flavor of foods and also increase the nutritional value of foods, including the protein amounts.

Both the stems and the caps are edible on the white mushroom. As stated, they can be eaten raw or cooked. Some suggestions include sautéing them in garlic and butter, add them raw to salads, cooking with Olive Oil, salt and pepper and other herbs for a delightful side dish of mushrooms. White mushrooms can be added to stir-fry, along with other vegetables, eggs and tomatoes with spinach for a great omelet or added to casseroles and soups.

One Fear of White Mushrooms

White mushrooms do contain agartine. This is a compound that has been said to possibly cause cancer in mice. However, at the same time, another group of mice were given agartine mixed in water to drink for their entire lives and have not developed cancer. So the research is confusing. However, when the mushrooms are cooked  or frozen the amount of agartine decreases significantly. 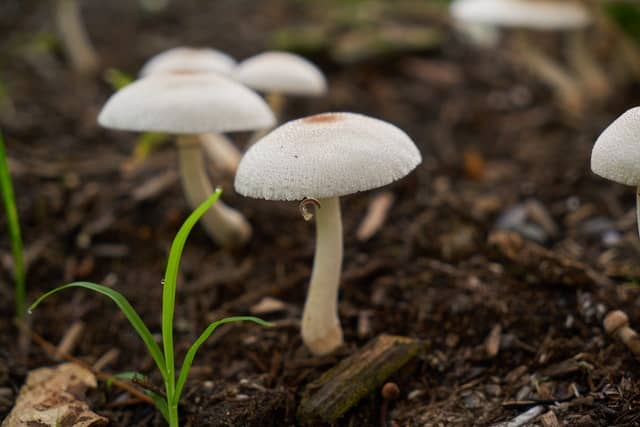 From everything we have been able to locate, most any mushroom is safe to eat. Most often it will depend on what you want to add the mushroom to. If adding to a salad, likely keep it refrigerated until right before serving. If adding to casseroles, hot dishes or a hot side dish, heat them up in a tasty fashion.

The key is to know your mushrooms. Which are safe to eat and which are not. Obviously, the produce department is not going to sell foods that are likely going to kill you. So rest assured that if you buy mushrooms from your local supermarket, they are the edible type. 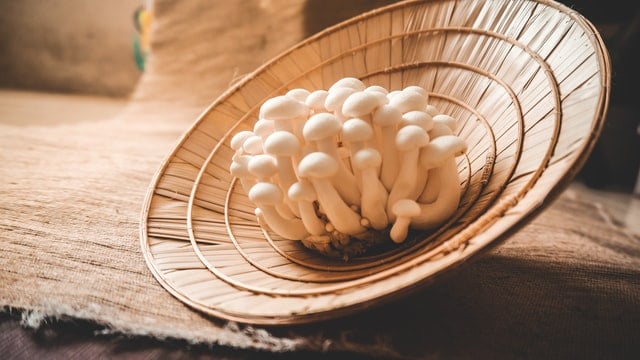 The white button mushroom is great to eat as is. As is, its cousin, the brown capped mushroom. The only word of caution is to wash them thoroughly and clean the gills completely. To note, however, is that these two do have the highest amounts of agartine. Again, the research is confusing in regards to agartine.

Reishi mushrooms are tough little guys, they are best eaten after being cooked. For the most part, any type of mushroom that you find in the supermarket is safe to eat. You may decide to cook it to soften the texture on some of them. 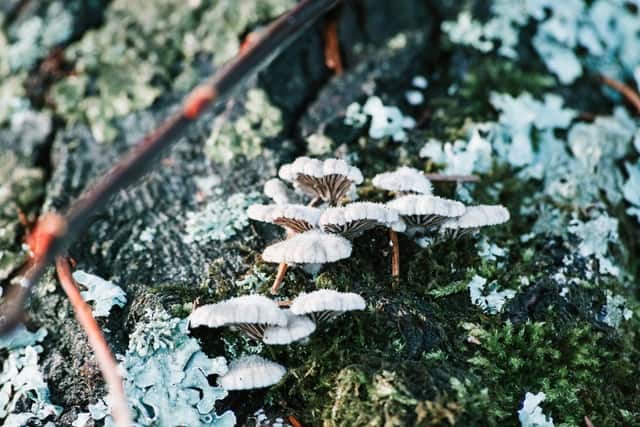 The evidence shows that the majority of mushrooms are better for you after they have been cooked in some fashion. This is basically due to the tough cell walls in mushrooms, these are what lock the nutrients inside the mushroom.

To confuse the literature even further is to understand that agartine is also  a compound that applies to some anti-depressants. Some of which have been known to cause an increase in the risk of certain types of gynecological cancers.

Foods contain more than one compound, versus drugs with only one compound. Mushrooms have many compounds within them that are bioactive. These compounds can help boost the immune system and lower cancer risks. In one study, a compound in white button mushrooms may reduce the risk of breast cancer by reducing the estrogen levels in breast tissue. Another study showed that the extract of white button mushrooms reduced the growth of tumors in mice with breast cancer. 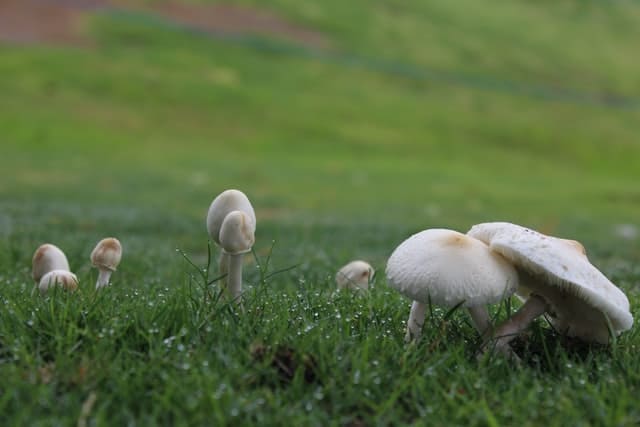 Based on a study by Swiss researchers, the amount of agartine in a typical mushroom that a person is exposed to over the entire span of their life is equivalent to one extra case in 50,000 lifetimes. In other words, the risk of danger from the agartine is minimal if the white mushroom is eaten raw.

The choice should be based on your preference to texture and taste. As long as you are not adding agartine to your daily water intake in excessive amounts(meaning any amount at all) you will be safe eating a white button mushroom once in a while. A serving worth of mushrooms is one cup and the levels of agartine would be barely noticeable in this amount.

If it makes you feel safer, then by all means cook your mushrooms after washing them thoroughly. This will also help with the texture on some of the mushrooms.

The white mushroom has been identified as having more beneficial nutrients than negative effects. White button mushrooms are safe to eat, no matter if you choose raw, cooked or dehydrated. Add them into your foods, enjoy the tastes and the added flavor to your dishes without stressing if that meal is going to cause some deadly chronic condition within your body.

You only live once, and if you enjoy the taste of mushrooms, eat them. This is in no way stating that you must eat white mushrooms even if you do not like them.

Follow the suggested serving amount and your health will be fine. You may also gain from that serving of mushrooms.