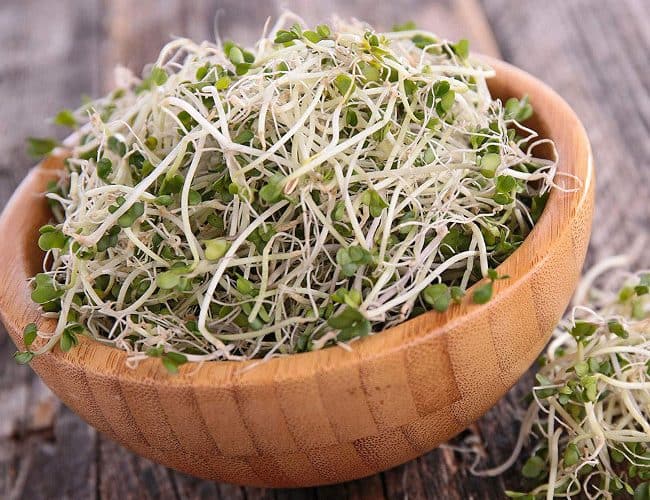 Is It Safe To Eat Broccoli Sprouts For Your H. Pylori?

What is H. Pylori?

H. pylori (helicobacter pylori) is a relatively common infection that is estimated to affect nearly 50% of the world’s population. Helicobacter pylori is a bacteria that lives in the stomach and causes inflammation resulting in gastritis. H. pylori causes upper abdominal pain that is often described as indigestion.

It was once believed that the bacteria could not survive in the stomach because of the highly acidic environment, but helicobacter not only survives, but thrives in your stomach’s acid by attaching to the lining of your stomach and hiding in the mucus secreted by your stomach’s cells.

Since H. pylori requires acid to survive and multiply, it is found primarily in the human stomach and very rarely outside of the human body. If left untreated, helicobacter pylori causes chronic gastritis, peptic ulcers, intestinal metaplasia and dysplasia and eventually stomach cancers. A 2011 study found that there is a 3 to 6 fold increase in the risk of developing stomach cancer in individuals infected with H. pylori. The International Agency for Research on Cancer and The World Health Organization have both classified Helicobacter pylori as a type I carcinogen. [1]

What Are The Symptoms Of H. Pylori?

Those infected with helicobacter will experience constant upper abdominal pain or discomfort. This pain may be accompanied by a bloated feeling, while some people have no symptoms at all. Additional symptoms may include: 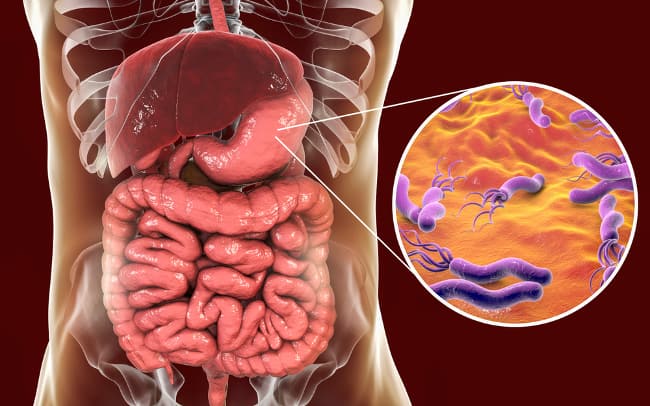 How Is H. Pylori Spread?

H. pylori infection is believed to be spread through direct contact with contaminated saliva or fecal matter. It can easily spread through contaminated food or water. Poor hygiene and unsanitary food and water conditions are the primary causes behind the spread H. pylori. If an infected person is careful about their hand washing and hygiene it is unlikely they will pass the infection to others.

How Is H. Pylori Diagnosed?

There are several different diagnostic tests for H. pylori infection. Each test has its own unique positive and negative factors relative to accuracy and convenience for the patient:

• Blood Tests – A blood sample is taken and analysed for antibodies to H pylori. This test identifies your body’s reaction to the infection (antibodies), not the H. pylori organism. As a result, this test is limited by the fact that the antibody may persist for years even after H. pylori is eradicated, so the test is not accurate in diagnosing an ongoing infection.

• Breath Test – Your breath is analyzed for gases (primarily urea) that are produced when H. pylori is living in your gut. This test is painless and non-invasive and is easy to perform but with questionable accuracy, especially early in an infection.

• Upper Endoscopy With Biopsy – A tube is inserted into the mouth and passed down the throat into the stomach. A camera is used to identify inflammation, ulcers and hernias after examining the entire lining of the stomach. A small biopsy is taken of the stomach tissue and analysed for H. pylori. The advantages of this diagnostic test are the ability to detect physical damage to the stomach such as gastritis and ulcers while also searching for hernias. While this approach is stressful and unpleasant, it is accurate and can identify potential complications in your stomach and esophagus.

• Stool Antigen Test – A stool sample is taken and analysed for H. pylori and helicobacter antigens. This test is fairly accurate. The stool test is quick and painless but may still miss the H. pylori infection if multiple stool samples are not taken. The stool tests and breath tests are best used four to six weeks after treatment completion as a way to “re” test for the presence of the bacteria. 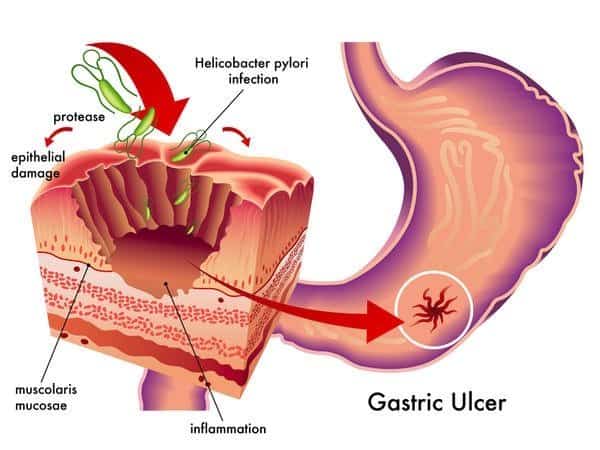 Why Is It Important To Diagnose And Treat H. Pylori?

For some patients, H. pylori is only a slightly painful stomach condition, for others, if left untreated the bacteria can cause severe illness including:

1. Perforated Ulcers – Perforated or bleeding ulcers are a serious condition where an untreated ulcer can burn through the wall of the stomach or intestines which then allows digestive juices (acids) and undigested food to leak into the abdominal cavity. Treatment at this point requires surgery. According to the National Institutes of Health, H. Pylori causes an estimated 80% of stomach ulcers!

3. Heart Disease – In a series of seven research studies, 58% of patients with atrial fibrillation (a potentially dangerous heart arrhythmia) were positive for H. pylori infection, suggesting an association between the bacteria and heart disease.

Traditionally, treatment of H. pylori involves three medications known as Triple Therapy. This includes two antibiotics (usually Amoxicillin and Clarithromycin), and a proton pump inhibitor (often omeprazole) that suppresses the production of acid in your stomach. This medical treatment is administered for a duration of 2-4 weeks and can result in up to 80% cure rate.

But At What Cost?

Antibiotics (in this case, multiple antibiotics) can produce symptoms that are comparable to or worse than the ulcer itself, ranging in severity from mild nausea to life-threatening blood disorders. Many patients also stop taking their prescribed antibiotics long before they have completed the time needed to destroy the bacteria.

Additionally, taking these antibiotics too often or for extended periods can actually mutate (change) bacteria to the point that the antibiotics no longer work against them. This is called bacterial resistance or antibiotic resistance.

The most common side effect of antibiotic treatment is candida overgrowth. Taking an antibiotic for an extended period of time results in an increase in the growth of microscopic fungi in your body.

This overgrowth of fungi, in particular candida, within your body can produce other undesired symptoms such as thrush, increased abdominal gas, and acid reflux.

What is the alternative? How can you eliminate the H. pylori bacteria safely
without using conventional antibiotics?

A healthy serving of broccoli sprouts in your salad or sandwich can offer some great health benefits – beginning with the natural treatment of H. pylori!

According to a study published in the American Society For Microbiology, there is a great need for “new therapeutic agents that are effective against extracellular and potentially intracellular forms of H. pylori… our study showed that sulforaphane, abundant in the form of its glucosinolate precursor in broccoli and broccoli sprouts, is a potent bactericidal agent against both extra- and intracellular H. pylori.” [2] 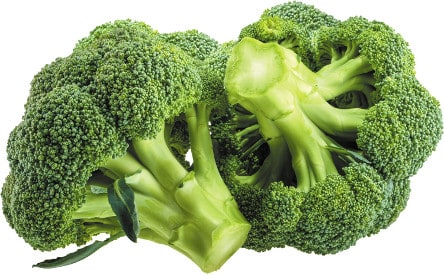 Broccoli and specifically broccoli sprouts have been shown to reduce the concentration of H. pylori bacteria within the stomach and intestines. Broccoli also contains vitamin K, chlorophyll, fiber in addition to the heliobacteria fighting sulforaphane. Despite their lack of flavor, broccoli sprouts contain significantly higher levels of the sulforaphanes that you need to kill bacteria. desire.

Broccoli has also been shown to promote the production and release of P53, a gene that regulates the process known as apoptosis within cancer cells of the body, so broccoli sprouts are actually one of the most powerful anti-ulcer foods that you can add to your diet while healing yourself naturally.

In a similar study conducted by The Korean Society of Gastroenterology, sulforaphane from broccoli sprouts reduced the “gastric mucosal damage associated with oxidative stress caused by H. pylori infection.” These results suggest that broccoli sprouts, rich in sulforaphane may prevent lipid oxidation in the lining of the stomach and may play a protective role in H. pylori-induced gastritis. [3]

The Power Of Broccoli Sprouts

One prominent research scientist at Johns Hopkins School of Medicine, nutritional biochemist Dr. Jed Fahey, is considered a pioneer in the research involving broccoli sprouts and their sulforaphanes. He has been involved in many studies worldwide including the United States, United Kingdom, Japan and South Korea.

In one Japanese study one half of a small group of participants was given 70 grams of raw broccoli sprouts and the other half of the group was given alfalfa sprouts which contain no sulforaphane.

Their H. pylori levels were tested at four weeks and then again at the end of eight weeks. According to the measurements the small group that had broccoli sprouts in their daily diets had 40% lower H. pylori levels and the group which had consumed alfalfa sprouts (or purple brussels sprouts) measurements had remained the same.

“The highlight of the study is that we identified a food that, if eaten regularly, potentially has an effect on the cause of a lot of gastric problems and perhaps may even ultimately help prevent stomach cancer” – Jed W. Fahey, M.S., Sc.D.

Broccoli is a member of the cabbage family, and it is closely associated with cauliflower. Broccoli sprouts are basically baby broccoli, 3 to 4 day old broccoli sprouting from seeds. Health benefits include:

Vitamins And Minerals – Broccoli is a rich source of Vitamins A, E, K, Thiamin, Riboflavin, Pantothenic Acid, Calcium, Iron, Magnesium, Phosphorus and Selenium, and also provides Dietary Fiber. Broccoli provides twice as much Vitamin C of an orange, as much calcium as a glass of whole milk and supports the absorption of calcium. Broccoli also supplies selenium, a micronutrient found to provide anticancer and antiviral properties.

Lean Protein – One cup of broccoli has as much protein as a cup of rice or corn with half the calories.

Potassium – Broccoli is a rich source of potassium, which helps maintain a healthy nervous system and brain function, as well as promotes regular muscle function, including your heart. Broccoli also contains both magnesium and calcium which when combined with potassium can help regulate your blood pressure.

Phytonutrients And Antioxidants – Broccoli and especially broccoli sprouts are loaded with phytonutrients and antioxidants including the sulforaphane discussed above as well as indole-3-carbinol which helps deactivate estrogen metabolites that promote tumor growth.

The powerful antioxidant indole-3-carbinol works as an anti-carcinogen that has been shown to slow or prevent the growth of breast, cervical and prostate cancer cells and tumors.

Benefits Of Broccoli Sprouts In Your Daily Diet

Broccoli sprouts may be tiny, but they provide a wealth of powerful benefits. Two to four ounces of broccoli sprouts each day added to your salad, sandwich or smoothie can protect you from the bacteria responsible for H. pylori, prevent stomach ulcers and reduce your risk of stomach cancer.

Broccoli sprouts are also packed with vitamins, minerals and antioxidants that should be part of every natural, healthy diet.