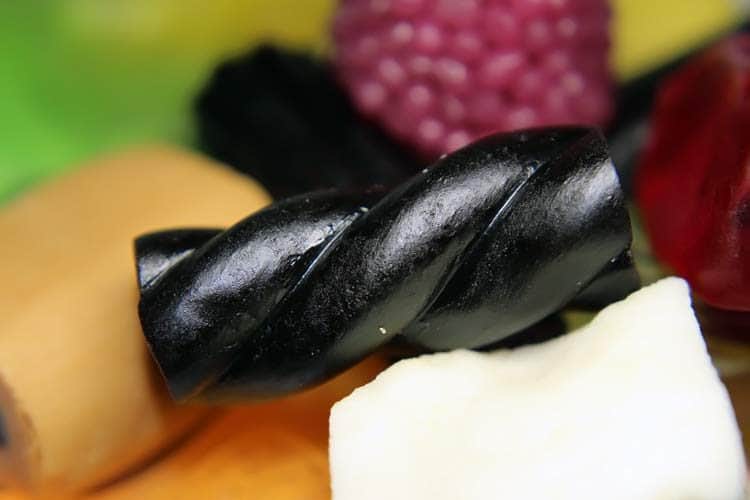 Black Licorice Benefits & Side Effects: Good or Too Risky?

No, we’re not talking about Twizzlers or Red Vines.

What you won’t find is licorice.

Twizzlers and licorice are not the same thing. Hershey’s phased out the use of real licorice root in their red Twizzlers decades ago. Today it’s artificial flavoring which is used.

Not to pick on Hershey’s specifically, because all the mainstream manufacturers have stopped using it.

What is real licorice?

Real licorice is made of the licorice plant (Glycyrrhiza glabra). It’s in the legume/bean family (Fabaceae). A small amount of the root extract is combined with sugar and a binder, usually wheat flour, gum arabic, and/or gelatin. 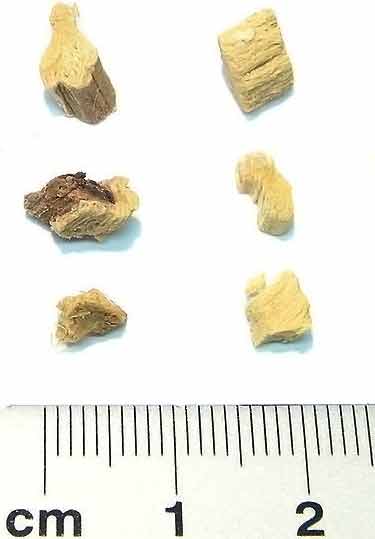 This is what the root looks like before processing.

Liquorice, which is the spelling used in the United Kingdom and Europe, is the same thing.

Almost all red licorice are artificially flavored, or use natural flavors different than licorice root. You can sometimes find authentic root extract in black licorice candy. Though often, it’s just a trivial amount. Instead, anise oil is used to give some or all of the characteristic smell and taste.

There are good reasons why candies today use other flavorings.

There are dangerous and potentially life-threatening side effects from eating too much of the Glycyrrhiza glabra plant.

On the flip side, some of the things that are bad about it only are harmful to small percent of the population. For others, they could be beneficial.

Plus, there are certain traits about the root extract which are good for everyone.

Should you eat it or not? Consider the pros and cons…

Red Vines certainly aren’t good for you in this regard, but real licorice root ranks extremely high on the ORAC values scale. With a value of 102,945 per 100g, it’s the same as freeze-dried acai powder (102,700).

Keep in mind that even the finest licorice candies only contain 3-5% of the root extract. The rest is sugar and a starch, which aren’t offering antioxidants or much of anything else that’s healthy.

The old Greek word which the name licorice originates from means “sweet root.”

That name actually dates back to the Ancient Greek physicians, Dioscorides. He was alive shortly after Jesus, during the latter part of the 1st century. You can read about this and other plant origins in A Modern Herbal. 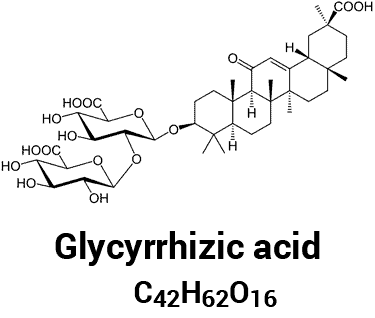 What makes licorice sweet is glycyrrhizin, also known as glycyrrhizic acid. This is a type of saponin found in the root and it has 50-200x the sweetness of normal sugar (sucrose). Because it’s non-caloric, it does not raise blood sugar. Another advantage is that the sweetness lingers and lasts longer on the tongue. (1)

3. May help heartburn and peptic ulcers

Prior to the development of Prilosec and similar proton pump inhibitors (PPIs), taking licorice root for acid reflux and heartburn was a popular remedy. Some OTC medicines even made use of it.

Caved-S was sold by a German pharmaceutical company for gastric ulcer treatment. It was on the market ’til the end of last century. It included 380 mg of licorice root extract in each chewable tab. (2)

While licorice or its extracts are not a proven treatment for any type of infection, there is compelling human clinical data to suggest it may help a certain type; Helicobacter pylori.

H. pylori bacteria cause up to 80% of gastric ulcers, according to the CDC. (4)

A double-blinded trial was conducted where 40 peptic ulcer sufferers, who were confirmed to have H. pylori present, received two different treatments.

The second group received the same regimen, except the bismuth subnitrate was replaced with a licorice supplement.

As seen under the microscope, the licorice treatment correlated with the kill off of H. pylori bacteria, as well as reduced inflammation.

The researchers suggested it was a viable candidate for drug development and that it was “highly tolerable with minimal side effects.” (5)

A big word for a big problem that’s all too common; the hardening of arteries as we age.

Glabridin is an isoflavone antioxidant in licorice root. With a 60 mg daily dose of pure glycyrrhizin-free root extract, which contains high amounts of glabridin, a clinical trial reported that it reduced cholesterol oxidation by 20%. The oxidation of cholesterol and fats is a key factor in how these plaques build up in arteries. (7)

Published in 2017, a Japanese university did a randomized, double-blinded, and placebo-controlled trial with 50 women and men, ranging from 54 to 90 years old. They were all undergoing rehabilitation for knee osteoarthritis.

26 of them were given a 300 mg daily dosage of licorice flavonoid oil capsules. The other 24 were given placebo. They took these treatments for 16 weeks.

At the start and every 4 weeks thereafter, measurements were taken for their muscle mass, body fat percentage, and knee osteoarthritis severity (per a widely-used Japanese metric). (8)

The results were impressive:

Streptococcus mutans is a bacteria which plays a major role in dental decay; cavities.

A clinical study was conducted where 108 children (5-11 years old) were given herbal lollipops with and without licorice extract. They used them for 3 months.

In the highest-risk group, which were the kids who did not follow normal dental treatments (e.g. regular teeth brushing) there was a statistically significant reduction in salivary levels of Streptococcus mutans. (9)

It’s no coincidence that many fluoride free toothpaste brands, as well as natural mouthwashes, make use of licorice root as a starring ingredient. Aside from potential antibacterial benefits, there is evidence it may help with dry mouth.

In a clinical study out of Taiwan involving 122 patients, only the licorice mouthwash (and not pure water) was above to improve symptoms of xerostomia. That’s the technical term for insufficient salivary flow.

The catch is that these were dialysis patients. A good study comparing regular/healthy people hasn’t been done. (10)

Most on the Western diet and lifestyle suffer from the opposite problem; too high of blood pressure. Though a small slice of the population has blood pressure which is too low.

In the words of the NIH’s National Center for Complementary and Integrative Health (NCCIH):

“In large amounts and with long-term use, licorice root can cause high blood pressure and low potassium levels…”

For most, that’s an adverse reaction. For some people in certain situations, this might be beneficial, assuming its use is carefully measured and under the guidance of a doctor. (11) (12)

At least 5 human clinical trials have taken place evaluating this plant in relation to various causes of throat soreness.

As part of Japanese herbal folk medicine, licorice along with other root extracts has long been used to treat pharyngitis or acute tonsillitis. Based on a clinical study they did in Tokyo, the advantages appear to be legit (13):

“In conclusion, the herbal medicine TJ-109 effectively reduced the incidence of acute tonsillitis. In some cases, planned tonsillectomy was avoided.”

As part of a mouth rinse, multiple studies report it helps. In one double-blinded comparison of licorice versus a sugar water gargle, the licorice mouth rinse reduced rates of sore throat by a whopping 50% following surgeries involving intubation. (14)

Most adverse reactions are due to the licorice root’s glycyrrhizic acid (GZA). Too much GZA is dangerous. According to the FDA, if you’re 40 or older, eating merely 2 ounces of black licorice daily for 2 weeks can cause an irregular heart beat (arrhythmia). (15)

Side effects in men, such as low sex drive and worsening of erectile dysfunction (ED), may be due to the high phytoestrogen content of licorice. It’s one of the highest phytoestrogen foods.

Most black licorice is made with wheat flour and therefore, it’s not gluten free or suitable for celiacs. Finding it for sale without wheat is a challenge. Here’s a good gluten free and organic brand.

Is licorice good or bad for you?

As an occasional treat, a small amount of black licorice is safe and not unhealthy. The root extract is high in antioxidants, provides sweetness that doesn’t raise blood sugar, and may offer benefits related to heartburn, indigestion, oral hygiene, and cardiovascular health.

Higher blood pressure and stress on the kidneys due to licorice’s potassium lowering effect should not occur with sporadic consumption of a little black licorice candy.

Anyone with kidney disease, or an unhealthy heart, should consult their doctor before eating this food on a regular basis.

The safest way to eat it or take supplements containing it will be with the deglycyrrhizinated form. The means that toxic compound glycyrrhizin has been largely or entirely removed.

Known as DGL licorice, it’s the best form if you want to consume it regularly for potential health advantages. Unfortunately, DGL is not used in candy making, though many licorice supplements make use of it. You can buy it on Amazon.