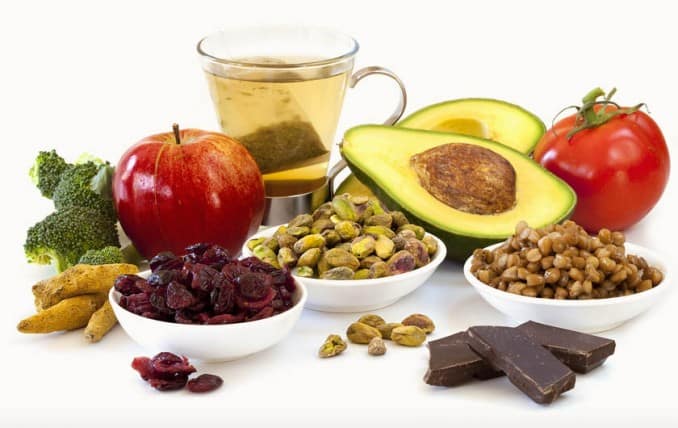 Beyond the ORAC Score: Why a Variety of Antioxidants Is Important

Antioxidant is a seemingly ubiquitous word used on many websites and in multiple contexts, but what is it exactly?

In simple terms, an antioxidant is a molecule that prevents the oxidization of other molecules. Oxidization leads to the formation of free radicals, which eventually cause cell death or damage.

Antioxidants slow the effects of age-related degeneration and disease; however, not all antioxidants are created equally. One way of comparing them is through their ORAC (oxygen radical absorbance capacity) value. These values, or scores, help to describe the neutralization capacity of any given antioxidant. ORAC values are important in determining which antioxidants to consume, but they are only a part of the cell health equation.

It is important to not base all antioxidant benefits on the ORAC score; if one does this, they may end up eating handfuls of cloves or hazelnuts without regard for carrots or leafy greens. Cloves and hazelnuts are wonderful antioxidants that should be incorporated into your diet, but carrots and leafy greens are important as well. 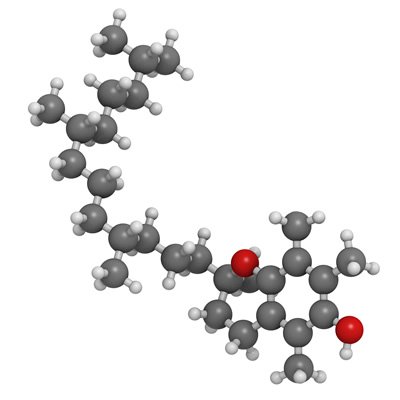 Antioxidant nutrients include Vitamin E, Vitamin C, Beta-Carotene, and Selenium. Each of these nutrients act differently within the body. Some work together such as Vitamin E and C, whereas others react with macronutrients such as proteins.

Vitamin E is actually a blanket term for a group of eight fat-soluble compounds containing tocopherols and tocotrienols. The four tocopherol isomers, like all isomers, contain the same molecules but vary in structure. They are known as alpha-, beta-, gamma- and delta-Tocopherol.

All forms of Vitamin E prevent the spread of free-radicals by reacting with peroxyl radicals and by forming tocopheryl radicals which are then further reduced by interaction with a hydrogen donor such as Vitamin C. Vitamin E is fat-soluble, so it is incorporated into the cell membrane. Vitamin E is found in sunflower oil, safflower oil, almonds, hazelnuts, avocados, asparagus and kiwis.

Vitamin C, also known as ascorbic acid, is an essential human nutrient. It is invaluable to a variety of bodily functions. As an antioxidant, it works with Vitamin E to reduce the effects of peroxyl radicals. It is also a co-factor in at least eight enzymatic reactions.  Vitamin C releases oxidative stress and is a water-soluble antioxidant. It is found in high-quantities in kakadu plum, chili pepper, guava, parsley, loganberry, broccoli and goji berry.

Beta-Carotene is also a water-soluble antioxidant. It is an organic compound which creates visible bright orange pigmentation, such as that of carrots and sweet potatoes, and is the precursor of Vitamin A. Beta-Carotene, like Vitamin C, attacks free-radicals in the aqueous parts of the cell and goes after such radicals as the singlet oxygen and other radicals in low-oxygen concentrations. Beta-Carotene is found in pumpkin, sweet potatoes, carrots, cantaloupe, and mangoes. It is also found in some leafy greens, such as kale and spinach, where the chlorophyll masks its bright orange color.

Trace elements are vital minerals needed only in small quantities, but without which we would not survive. Four examples of these are selenium, manganese, copper and zinc. Each of these trace elements is important in the creation of antioxidant enzymes.

For example, selenium is integrated into proteins to form selenoproteins. Selenium is famously found in huge amounts in Brazil nuts, which contain about 744 percent of the daily value of selenium in one ounce. Manganese is found in tea and cloves, copper in liver and oysters, and zinc in wheat germ and many types of meat. 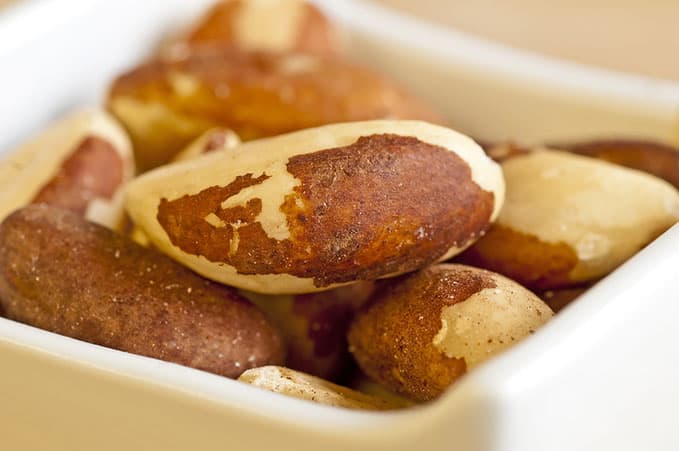 Antioxidant enzymes vary from their antioxidant nutrient counterparts in that they cannot act on their own. They each require co-factors, trace elements, to catalyze reactions and make up the body’s endogenous defense system. Some of the most common are superoxide dismutase, glutathione peroxidase, glutathione reductase and catalases.

Not only do all of these nutrients contain antioxidative properties but they also contain many other benefits for the human body. For example, Vitamin E plays a key role in gene expression, neurological function and and enzymatic activity regulation.

Vitamin C performs many functions in the human body such as the synthesis of collagen, carnitine and neurotransmitters.  The lack of Vitamin C is often linked to weakened immune systems and a host of illnesses. Beta-Carotene is important to optical health and trace elements combine with other molecules to create countless other enzymes that lead to optimal whole body health.

A variety of antioxidant nutrients and enzymes are important for healthy cell-function because each one does a slightly different task within the human body; some are fat-soluble and others are water-soluble, they react with each other and with proteins, and they target different types of free-radicals.

ORAC values are important and should be taken into consideration when choosing different antioxidants to consume, but one must also be sure to maintain a variety of antioxidants in their body for optimal health.