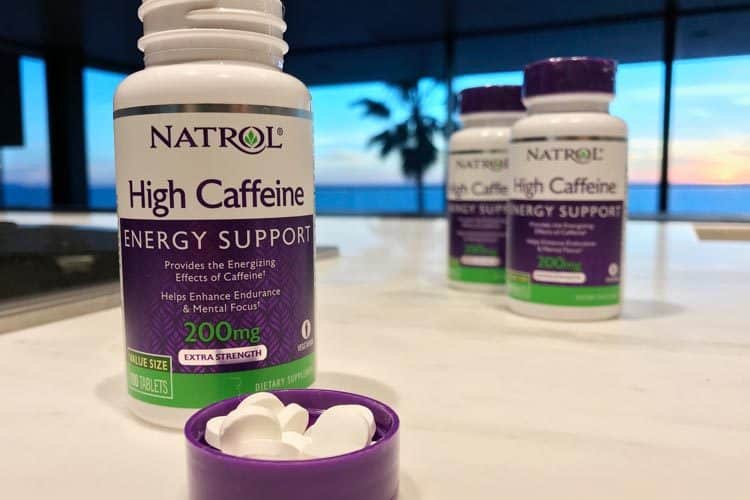 Back during this 1990 episode titled Jessie’s Song, portraying real drugs on network TV was too risqué, so they used this over-the-counter energy booster instead.

A typical caffeine supplement is 200 mg, which is equivalent to 2 cups of coffee. As long as one takes the recommended dosage and does so earlier in the day, pills are as safe as drinking coffee.

In fact, one could argue they are safer than coffee. The roasting of coffee beans creates acrylamide, which is a Group 2A carcinogen, according to the World Health Organization.

Although it’s not the main antioxidant in coffee (that’s chlorogenic acid), the fact is that caffeine in and of itself is also an antioxidant. (1)

Caffeine pills are better than energy drinks, which often contain sugar or artificial sweeteners like sucralose. They are much cheaper per serving, typically costing $0.10 to $0.40 per pill. Unlike Red Bull, Monster, and Rockstar, there’s no carbonation. That can contribute to belching, gas, and bloating. Especially if multiple cans are consumed.

The only dangers of caffeine supplements relate to overdosing. A dose of one or two pills is typically fine for most people. Using several or more would have side effects, just as if you drank 5 or 10 cups of coffee. (2)

What is the best caffeine pill?

No-Doz caplets were the first energy supplement to incorporate this ingredient. They’ve been on the market for several decades.

If you go to Walmart, Walgreens, CVS or Target, there’s a good chance you’ll find it. Likewise for gas stations.

Even though it provides you with 200mg of caffeine, No-Doz caplets also contain many undesirable ingredients.

There’s FD&C blue #1, which is an artificial coloring. Originally derived from coal tar, now made from oil. Carnauba wax, polysorbate 20, propylene glycol, and titanium dioxide are just a few of the many inactive ingredients you’ll see listed on the No-Doz label.

The ideal caffeine supplement doesn’t have to be organic, but it should be made with natural ingredients. 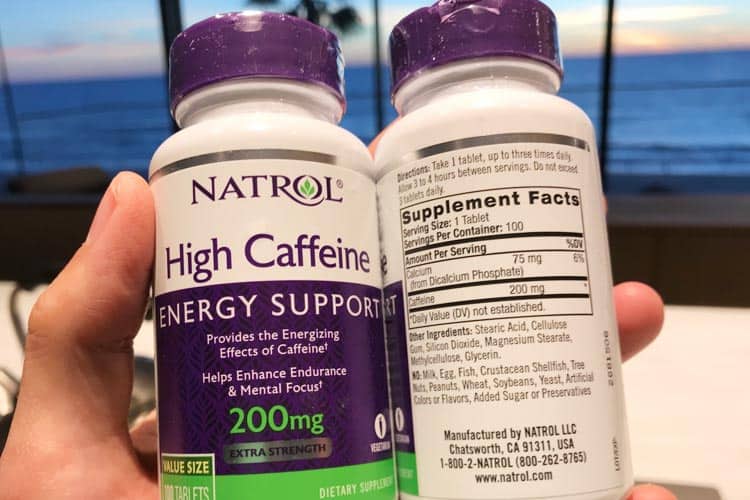 For a budget-friendly caffeine pill without weird ingredients, the best choice is Natrol. Each tablet provides 200mg of natural caffeine, without added colors, flavors, sugars, or preservatives. They’re vegan-friendly since no gelatin is used. They’re allergy friendly, as they don’t contain dairy, eggs, tree nuts, gluten, yeast, or shellfish.

We personally have been buying Natrol on Amazon for about a decade. Their dosing per tablet always feels consistent to us. This is important. Without proper quality control during manufacturing, your 200 mg serving may actually have 100 or 300 mg of caffeine, due to sloppy manufacturing.

That said, we don’t use Natrol exclusively. There are other top-rated brands which are actually better for energy stimulation, given the synergistic nootropics used. If you’re willing to spend a few extra bucks, consider the following options…

Whether it’s No-Doz, Jet-Alert, Natrol, or a smaller brand like Kaged Muscle, practically all of the supplements on the market contain 200 mg of caffeine per capsule or tablet.

You can find lower dosages of 100 mg and less commonly, 50 mg. However, anything above 200 is unheard of.

There is one exception but it’s only marginally more potent.

The highest mg caffeine pills you can buy are 220 mg, or 10% higher than a typical 200 mg dose. These are made by Muscletech brand and are marketed as Platinum 100% Caffeine. They’re the strongest pill you can buy.

Muscletech is available on Amazon.

If you want 300mg of caffeine at once for pre-workout or just a wakeup, your best bet will be to take one and a half tablets of a 200 mg supplement. No one sells 400 mg caffeine pills, let alone higher dosages like 500 mg.

Monster energy drinks and sugared espresso shots may not infer natural and healthy, but the fact is that caffeine – in a more natural state – is a plant-based blessing in our lives.

It’s a 100% natural nootropic that for healthy individuals, stimulates brain activity. It has been proven to boost memory and cognitive performance in some human clinical studies. (3)

The drawback is that its half-life of caffeine can be upwards of 5 hours. Meaning, half of it is still in your body after 5 hours. (4)

After another 5 hours, another half is gone – meaning there’s 25% remaining up to 10 hours after you pop a pill or drink coffee.

For that reason, you definitely want to stick with it during the AM hours only!

If you absolutely need some for your afternoon funk, try and take it earlier – like 1 or 2 pm. If you can manage, do a lower dose of 100 mg (half a pill). Hopefully this won’t impact your sleep at night. 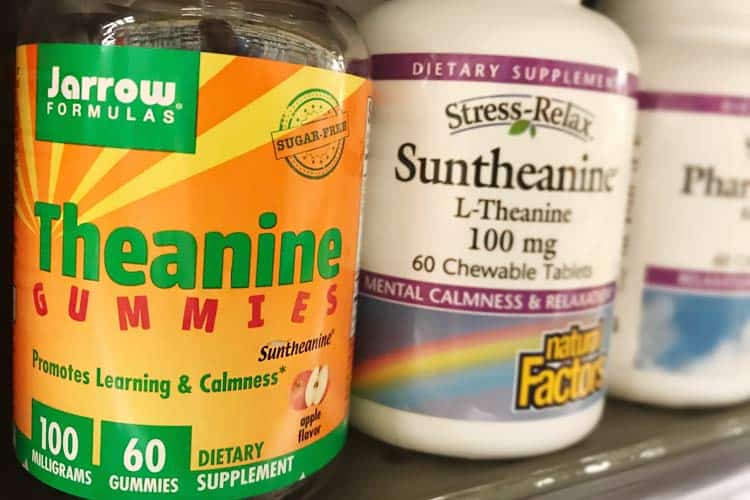 This is an amino acid found almost exclusively in the tea plant (Camellia sinensis).

One of the benefits of L-theanine is that in the brain, it fits into the same receptors as the signaling chemical glutamate. This helps block feelings of fear, stress, and anxiety – all of which are associated with higher glutamate levels in the brain.

As such, it compliments caffeine perfectly.

It helps taper the side effects of anxiety and jitters, without dampening the energy stimulating effect.

The best natural caffeine supplement will contain L-theanine. The caffeine will be naturally extracted from green unroasted coffee beans, while the L-theanine from green tea. A good vegan choice that does this is the brand NutraChamps.

As with most things, caffeine can be synthetically created or naturally derived – most commonly from the coffee bean, since it’s such a strong source of caffeine.

You can find countless supplements which use naturally derived forms of it, as well as L-theanine, however currently USDA certified organic caffeine pills are not on the market.

The only organic caffeine pill on the market is by Kaged Muscle. It uses PurCaf brand as the source, which is made using water extraction from organic unroasted coffee beans. However, the supplement itself is not certified organic. Presumably, this is because they use conventional veggie capsules. It’s a highly-rated brand and you can get it on Amazon, of course.

Even a black cup of coffee at Starbucks is now approaching $3 for a venti. You can spend that – or more for a fancier drink, laden with sugar and calories.

Alternately, you can spend a tiny fraction of that per pill for the same active ingredient.

Money aside, there’s also the drawback of acrylamide in coffee. Plus, the side effect that coffee makes you poop. 30-60% of the population experiences that and contrary to popular belief, it’s not caused by caffeine content. It’s from a unique amino acid only found in coffee.

Whether it’s for running, weightlifting, studying, or staying awake, there are both financial and health benefits of using these supplements versus energy drinks and coffee. Jessie would approve.