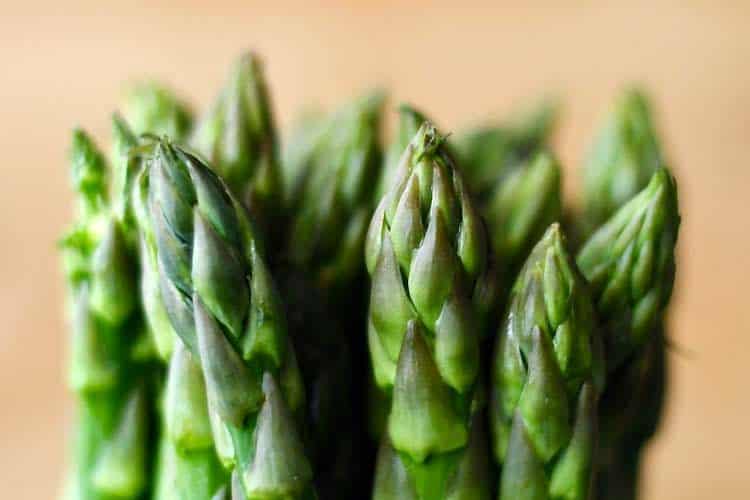 Most people have a love-hate relationship with this vegetable. No one eats it uncooked. Even here in LA, we have yet to see it on the menu of a raw vegan restaurant.

To make it edible, one needs to cook it thoroughly. To make it tasty, most recipes butter or oil it up, along with heaps of salt. 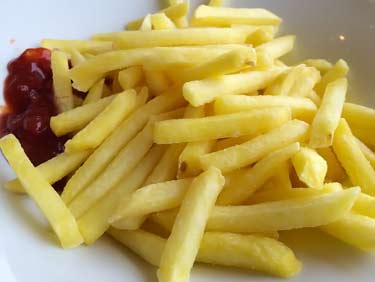 But even when cooked, a lot of people still hate it. UC Irvine actually conducted a clinical trial to combat this problem.

They lied to 231 people and told them “they had loved asparagus the first time they tried it” as a child. After hearing that, it increased the appeal of this green veggie, both at restaurants and in grocery stores. (1)

Before we embark further on this train of negative thoughts, let’s talk about all the positive things it has going for it. Yes, in most regards, asparagus is quite healthy for you.

What is asparagus good for? Potential advantages for health include:

The nutritional facts for things like calories, vitamins, and minerals are proven health benefits that can’t be disputed. The antioxidant and FOS content is well-documented. (2) (3) (4)

Most of the others are based on limited data.

Being that it’s a low calorie and fiber-rich filling food, there’s no doubt that it’s a good veggie for dieting. Whether or not it has additional properties to help you lose weight is less clear. Only a couple of studies have been done on the topic and they involved formulations where the extract was not the only ingredient. (5) (6)

Blood pressure studies also involved a mixture. The first study suggested it worked, the second said it “has not indicated any clinically useful antihypertensive effect.” (7) (8)

Yes, most plants in general are anti-inflammatory thanks to their antioxidants and alkalizing effects on the body. Blocking of the COX-2 enzyme – which is also how the arthritis drug Celebrex works – has been seen with asparagus in vitro, meaning lab research. (9) 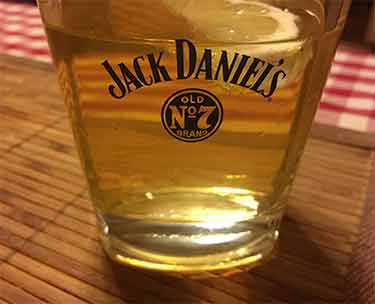 To claim that eating asparagus may prevent a hangover is hopeful, to say the least.

Asparagus juice has long been used as an herbal remedy for reducing the symptoms of hangovers and modern science suggests it may offer preventive benefits. A study out of South Korea found that extracts of the leaves reduced markers of oxidative damage in cultured liver cells by more than 70%. It also amplified 2 key enzymes which are responsible for metabolizing alcohol. The edible parts we eat – the shoots – were much less effective at boosting these biological functions. (10)

When it comes to India’s Ayurveda and Traditional Chinese Medicine, there is not clinical data to validate the claims. Furthermore, the medicinal uses of asparagus originally involved Asparagus racemosus, which is the wild variety. As part of the same plant genus, it is closely related, yet a distinctly different species.

Now that you know the ways this vegetable is potentially beneficial, let’s discuss why asparagus is bad for you.

Side effects of asparagus

Smelly urine is not a myth

It’s caused by your body’s metabolism of asparagusic acid, which is believed to be unique to this plant. The phenomenon of “asparagus pee” is real and it affects everyone, but only 40% of people can smell it. The other 60% of men and women do not have the olfactory receptor genes, which are required to detect it. That’s according to a Harvard study of nearly 7,000 people which believe it or not, was paid for in part using taxpayer money. (11)

Purines in plants vs. animals

Low-purine diets are generally recommended for those who have elevated uric acid levels (e.g. gout) and are prone to getting kidney stones. However that mainly applies to meat and dairy sources, as the Mayo Clinic points out that high-purine vegetables have not been found to increase the risk of gout and kidney stones. So this side effect is suspected by some but appears unlikely. (12)

Asparagus is rich in folate, also known as vitamin B9. That makes it good for pregnancy since folate deficiencies are linked to birth defects. The drawback is that phytoestrogen compounds in the plant have been found to increase levels of ovarian hormones in female rats. If this occurs in humans during pregnancy, it might be a safety issue. During breastfeeding that would be less concerning. (13)

Can you be allergic to asparagus?

Yes, although it’s rare. Only a few medical case reports have been published which document an IgE-mediated asparagus allergy. Two lipid transfer proteins in this vegetable (Aspa o 1.01 and 1.02) are the probable cause of reactions, which may include itchy and watery eyes, runny nose, and in severe cases, asthma and anaphylactic shock. (14)

Can dogs eat it safely?

Technically, dogs and cats can eat raw and cooked asparagus, as neither is toxic or poisonous to them. However being that their digestive system is designed for a carnivorous diet, the fibrous stalks are difficult to chew and may pose a choking hazard, particularly in older animals. Even if swallowed successfully, vomiting and diarrhea are common side effects.

Cancer link with asparagine and acrylamide

Almost all of the side effects of this vegetable are benign. Eating too much may cause flatulence and an abnormal urine scent, but neither of those are dangerous. The most serious side effects of asparagus, such as gout and pregnancy risks, remain hypothetical and may not exist at all. 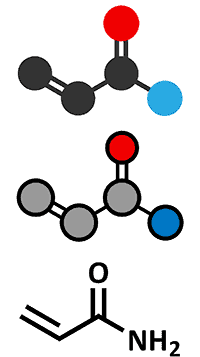 There is one danger that affects everyone. It doesn’t matter if you’re healthy or ill, young or old, as all of us are at risk of increased exposure to a Group 2A carcinogen – acrylamide – when we eat it.

What is acrylamide? It’s found in tobacco smoke, industrial applications such as wastewater treatment, and most prevalent of all, it’s inside many of the foods you eat. Even the “healthy” organic ones.

This cancer-causing compound forms during certain methods of cooking that involve:

As you can guess buy its name, the amino acid asparagine was first discovered in asparagus. In the year 1806, two French chemists found it in asparagus juice. Its history is documented in The Chemical Constitution of the Proteins: Analysis.

Now this amino is 100% non-essential to the human diet, so you don’t need to eat it. And guess what? You probably shouldn’t!

The reason you want to avoid asparagine is because it’s a key component in the production of acrylamide. When asparagine is combined with reducing sugars and heated, the Maillard reaction takes place. This creates the cancer-causing compound that can’t be avoided entirely, but exposure can be immensely reduced by making better dietary decisions.

Raw food isn’t everyone’s cup of tea, yet alternative cooking methods – boiling and steaming – lead to almost no acrylamide being formed, relative to grilling, frying, and roasting, as those are the worst offenders. Baking at temperatures below 250° F is also a good way to avoid it.

It’s listed as part of California’s Prop 65 chemicals for not just cancer, but also reproductive harm (14):

“…in studies of laboratory animals, acrylamide affected the growth of offspring exposed in the womb and caused genetic damage that resulted in the death of mouse and rat embryos.”

Even if you don’t get cancer and are not pregnant, the fact is that acrylamide causes DNA mutations. Not all DNA mutations lead to cancer, but science suggests they contribute to what society deems age-related diseases, such as those of the heart and brain, like dementia, Alzheimer’s and Parkinson’s disease. Even superficial effects, such as wrinkling of the skin, can be accelerated by DNA mutations. (15) (16)

In short, there are plenty of good reasons why you should reduce your exposure to acrylamide. It can only harm, not help you.

One of the worst sources of acrylamide in your diet is French fries, hash browns, and other forms of fried and roasted potatoes (moist baked potatoes are okay). This root contains everything needed to create large amounts of acrylamide. All that’s needed is the stimulus – concentrated sources of high heat.

To understand just how much asparagine affects acrylamide production, here’s a look at how much is made when each of the following constituents are fried separately and together. (17)

As you see it’s less than 50 micrograms with pure potato starch and dextrose, which is a simple sugar derived from corn. Likewise for potato starch and asparagine. But when you combine all three, you get nearly 100x the acrylamide as when only 2 of the 3 are present.

Is asparagus good for you?

That depends how it’s eaten. Raw asparagus is packed with nutrition and is perfectly healthy for you. If boiled or steamed, only minimal amounts of the acrylamide carcinogen will be created. If grilled or fried, especially in the presence of carbs, the asparagine content will lead to high amounts of acrylamide production, which is bad for you.

Here’s a look at data showing the levels found in various samples tested.

We included a couple fried potato-based foods for comparison, since those are often cited as being among the worst offenders. Articles never mention this other major source.

As you see, the canned and jarred samples of asparagus have almost none or close to it. Those are not raw either, as they have been blanched (boiled) during the canning process. That just goes to show you how much cooking methods can influence creation. 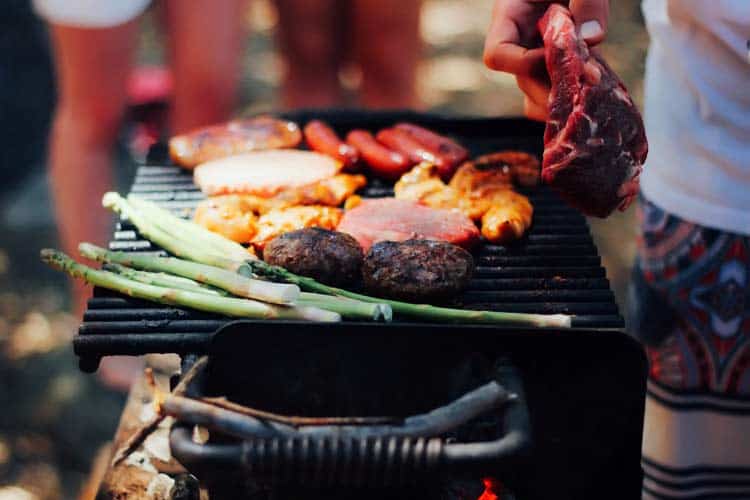 Don’t be fooled. Everything on this BBQ is bad for you, including the green stuff.

The FDA has an entry for grilled asparagus from the restaurant Blue Mesa Grill. Their data lists ND/nondetect. Now that testing was done well over a decade ago. More recent testing from 2015 (listed above) confirms there’s plenty in plain asparagus when it’s grilled, though detecting it requires more sophistication.

Not only is asparagus often grilled and roasted, but to make matters worse, it’s usually cooked with other stuff.

People often coat it with glazes which contain carbs/sugars. Remember, those are a key ingredient in acrylamide formation. Even milk contains 12 grams of sugar per 8 ounces, which means sources of dairy are a potentially dangerous flavor enhancer if applied prior to cooking. (20)

Then there are those who do sautéing with multiple veggies combined in one pan. Others added may be high in carbs and as a result, the acrylamide formation skyrockets due to asparagus juices being mixed with them. 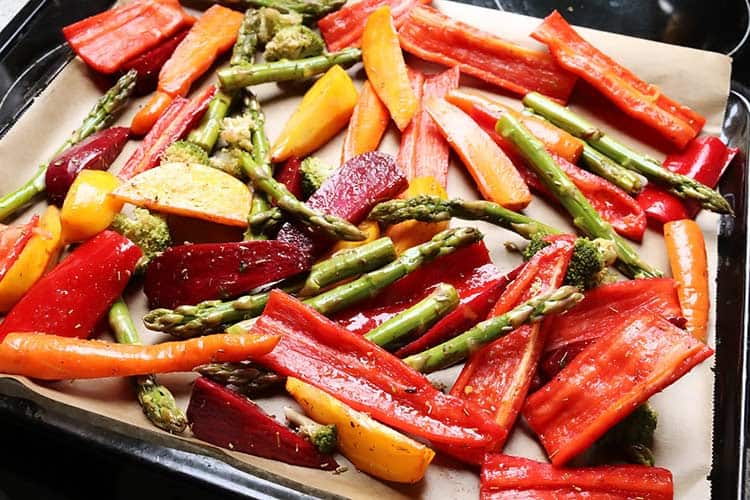 Healthy? Nope. This recipe contains carrots and beets (both rich in sugar) as well as a glaze. Whether roasted or baked, this combo is bad news.

Now that you know the facts, you can appreciate the irony of the pureed asparagus cancer cure recipe that was making the rounds in years past. Obviously it was a hoax, but now you realize just how wrong it was! Any benefits of asparagus for cancer would certainly never involve the cooked forms!

The takeaway is this… you should only cook asparagus by itself, without anything added. If you want to slather on sauces, do so after. Ideally you should also steam or boil asparagus, because even if naked asparagus is only lightly grilled, it still will contain similar carcinogens – like polycyclic aromatic hydrocarbons – just as all coal and gas grilled foods do.

That’s the reason none of us at Superfoodly own a grill!

As far as possibly reducing the harmful effects of acrylamide and similar glycated compounds, eating cruciferous vegetables and/or L carnosine at the same time might be your best bet, at least based on the science to date.